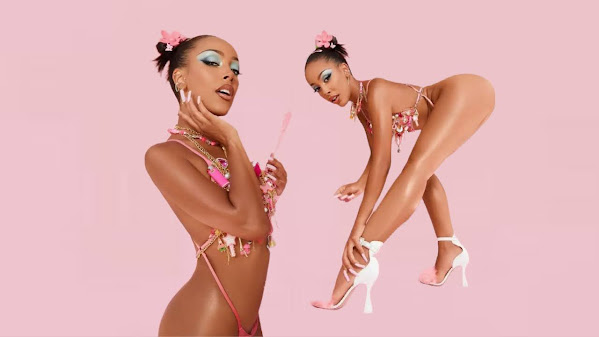 Evergy working to restore power to thousands of customers

KANSAS CITY, Mo. - The storms that pushed through the Kansas City area last night left plenty of damage in their wake. Among the ongoing problems are thousands without power. As of 8 a.m., Evergy, the region's largest utility provider reported more than 48,000 customers without power, according to its .

OVERLAND PARK, Kan. - The Overland Park Police Department released video from the traffic camera at 95th Street and Metcalf Avenue as the storms passed through the area. Moments into the video, a flash of lightning affects the stop lights and rain and possibly hail begin to fall heavily.

Getting venison at the food pantry? Kansas and Missouri won't warn you if it has lead fragments

A walk-in freezer about two stories high sits in one corner of a warehouse owned by a food bank called Hawkeye Area Community Action Program Inc. in Hiawatha, Iowa. Chris Ackman, the food bank's communication manager, points to the shelving racks where any donated venison the organization receives is typically stored.

The Hickman Mills Board of Education voted 6-0 on May 18 to put a no tax increase bond issue and an increase in its operating property tax levy to pay for raising the salaries of teachers and other district staff on the August 2 ballot.

KANSAS CITY, Mo. - Water problems in the walls and no gas in the ovens: This is life for some tenants at Harvard Court Apartments in Kansas City, Missouri. Some tell FOX4 that the last month has been a nightmare for families who say they are just trying to be comfortable when they get home.

Rapper and songwriter Doja Cat returns to Twitch streaming, showing some rust on the platform as her viewers consistently troll her. While it may appear at times that few celebrities are interested in the world of video games, more than a few popular personalities have joined up with Twitch streamers to play some of their favorite games.

Biden is hosting the Summit of the Americas, but Mexico's president won't be there

subscribe to The NPR Politics Podcast podcast The Summit of the Americas - an event bringing together leaders of countries from Chile to Canada this week - was supposed to be a chance for the White House to demonstrate its leadership on big issues such as migration, climate change and recovering from the pandemic.

In the Democrats' uphill struggle to retain control of Congress, Donald Trump and his MAGA movement may be their best friends. Polling by Priorities USA, a Democratic SuperPAC, found that Democrats would lose narrowly to Republicans among targeted voters when people were simply asked if they wanted a Democrat or a Republican in office.

Voters in San Francisco have chosen to recall embattled District Attorney Chesa Boudin following a recall effort centered on his handling of rising crime across the city. San Francisco voted to recall Boudin with 61%, compared to 39% who wanted him to stay as the district attorney, according to results at the time the Associated Press called the race.

Ukrainians have, in effect, already lost the critical infrastructure in Sievierodonetsk and could be looking for "a sensible withdrawal" from the city, Michael Clarke, professor of war studies at King's College London, said. The city "is not that important strategically, but it has become symbolically important, like Mariupol, and the Russians are putting a lot of effort into taking it," Clarke added.

"'We have got a critical situation. I really think we have a problem for the next six months...once it gets to these parabolic states, markets can move and they can spike quite a lot.'" - Jeremy Weir, chief executive, Trafigura That's Jeremy Weir, who heads up Trafigura, one of the world's largest commodity traders, sounding the alarm bell at the FT Global Boardroom conference on Tuesday, according to the Financial Times.

KANSAS CITY, Mo. - Midwest travelers will soon have new options to get away. Frontier Airlines plans to begin daily nonstop service from Kansas City International Airport to Las Vegas beginning Aug. 9, 2022. To celebrate the new route, Frontier is offering introductory fares as low as $89 each way.

Hide Transcript Show Transcript MOVED OVERNIGHT. USING A DAMAGING WIND AT LEAST ONE CONFIRMED TORNADO THAT'S ON THE STHOU SIDE OF KANSAS CITY, YOU KNOW FROM COULD HAVE BEEN NELEXA ALL THE WAY ACROSS STATE LINEN O 95TH STREET.

Remi Wolf - Cake is the song of the day and this is the OPEN THREAD for right now.