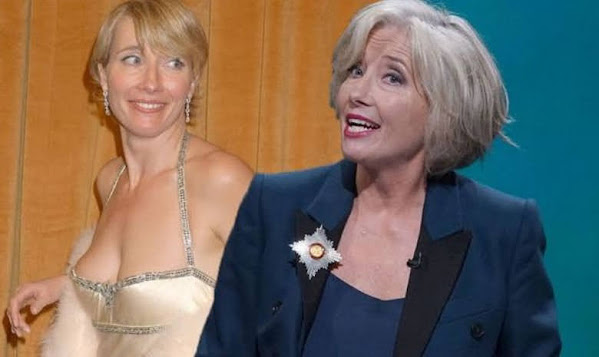 Right now we take a hot second to consider one of our favorite old school actresses along with pop culture, community news and top headlines.

Kansas City farm that gives back to community hit by thieves

A Kansas City farm and orchard was hit hard by thieves over the weekend.Thieves stole thousands of dollars in equipment when they stole a trailer from the Kansas City Urban Farm Co-op.Darrian Davis and his fiance, Nicolette Paige, have run the orchard for the past six years.They showed up on

OVERLAND PARK, Kan. - Residents and property owners in Overland Park, Kansas, have until June 30 to complete a city about short-term rentals as the city explores whether to create new regulations. Short-term rentals are normally single-family homes in residential areas which are advertised for rent on websites like Airbnb and Vrbo.

SHAWNEE, Kan. - One Johnson County homeowner said the noise she detected on Tuesday night scared her. To her surprise, the racket came from a young deer that had fallen into a deep window well at her home. A video clip from the Shawnee Fire Department shows the deer, which was likely scared, crying loudly.

Operation Breakthrough sees uptick in demand for services due to inflation

KANSAS CITY, Mo. - Inflation is impacting everyone, but people living on the financial edge are getting help from charitable organizations like Operation Breakthrough . Inside the organization's food pantry, donation specialist Michell Jones said she is seeing more families needing help.


Make A Friend Amid Recession

The staff said a dire situation is unfolding at KC Pet Project. The shelter is running out of room, which is why free adoptions were offered Wednesday of any dog over 30 pounds."I can't wait to take him home.

In this corner of Kansas City, it's goodbye bungalows, hello $1 million modern manses

George Hernandez's mother, age 100 now, has lived in her home on Mercier Street in the West Plaza neighborhood for 54 years. When Paz Hernandez moved there in 1968, nearly every home around her was just like hers. A tiny bungalow, two or three bedrooms, many built in the 1920s.

Women lag behind men not just in salaries but also in the bedroom, according to Emma Thompson. "It's an orgasm gap," the English actress told Page Six exclusively at the Tribeca Festival premiere of her upcoming movie, "Good Luck to You, Leo Grande."

President Biden's low job approval rating isn't getting any better. A NewsNation/DDHQ poll released on Thursday shows that only 42 percent of U.S. voters approve of the job Biden is doing in the White House. By comparison, 58 percent say they disapprove. That's largely on par with where his approval rating sat in the same...

Kamala Harris for president in 2024 not a sure thing, if Biden does not run, according to Virginia voters

Virginia voters told Fox News that Vice President Kamala Harris is not a shoo-in to replace President Joe Biden at the top of the ticket If he does not seek re-election in 2024. Rosa, a mother from Virginia, told Fox News, "I would support her, but I'd be open to other candidates as well in the Democratic Party."

In Congress, Democratic and Republican lawmakers are close to advancing new legislation intended to address gun violence in the wake of deadly mass shootings. With strong public backing, the bill represents a breakthrough possibility unseen in a generation. Across the street from the Capitol, however, Republican-appointed justices are pushing in the opposite direction.

Energy Secretary Jennifer Granholm indicated that President Joe Biden has considered using the Defense Production Act to help mitigate the record-high gas prices, but stressed that it is just "one" of the tools at the president's disposal. "President Biden, like all other leaders around the world, are grappling with this for their citizens," Granholm said Wednesday at a White House press briefing.

Separation of Church and State Is Crumbling Before Our Eyes

Bow your heads and say a prayer over the separation of church and state, may it rest in peace. Who knows, doing so may someday entitle you to a government subsidy. During a week in which much of our focus is on the public assault on our democratic values that took place on Jan.

The United States Navy is training servicemen and women to cultivate "safe spaces" through the use of pronouns, as seen in a video publicized Monday. The video features Naval Undersea Warfare Center engineers Jony Rozon and Conchy Vasquez discussing "inclusive language" such as using "hey everyone" or "hey team" instead of "hey guys," before detailing how the Navy plans to create a more sensitive environment, according to the Washington Free Beacon.

Planned Parenthood and abortion activists took over the Wisconsin state Capitol building on Wednesday, as the GOP was set to uphold a pro-life law that will take effect if the Roe v. Wade decision is overturned.

More than 7% of U.S. adults have symptoms of Long COVID, according to a survey from the National Center for Health Statistics.

European leaders are poised to grant Ukraine candidate status, in a historic decision that opens the door to EU membership for the war-torn country and deals a blow to Vladimir Putin. EU leaders meeting in Brussels are expected to approve Ukraine's candidate status later on Thursday, nearly four months after President Volodymyr Zelenskiy launched his country's bid to join the bloc in the early days of the Russian invasion.

Shohei Ohtani followed up his amazing offensive performance on Tuesday with an equally amazing performance on the mound on Wednesday, striking out a career-high 13 batters in a 5-0 win over the Royals to avoid a sweep. The Royals got to Ohtani early when Whit Merrifield and Andrew Benintendi led off the game with back-to-back singles.

WILL BE ANNOUNCED IN JANUARY TWO OF KU'S NATIONAL CHAMPIONS ARE LOOKING AHEAD TO THURSDAY NIGHT'S NBA DRAFT. BOTH ARE FROM THE KANSAS CITY AREA. BOTH ARE EXPECTED TO BE CHOSEN IN THE FIRST ROUND. THEY'LL BE IN NEW YORK CITY. BUT AS KMV TONIGHT'S KAREN KORNACKI REPORTS.

KANSAS CITY, Kan. - The last two years we've seen the housing market boom with frenetic home buying where many sell above list price , and some prospective buyers seek fixer-uppers for their first home.

High food prices are affecting many in Kansas City, and there are two crops that play an outsized role: corn and soybeans. Plus, one rancher in Kansas is outfitting his cattle with GPS collars to save money and protect the grasslands.

Today: Showers late this morning-early afternoon. A few non-severe t-storms possible. High 85.Tonight: After 9 PM t-storms roll into KC from the west. Some could be strong with gusty wind and small hail.Friday: Morning Storms them partly cloudy. High 82. Heat Index 96.Saturday: AM storms then partly cloudy and hot, 93.

George Michael - Too Funky earned a spot in the Billboard Hot 100 for 1992 and now serves as our #TBT song of the day and this is the OPEN THREAD for right now.