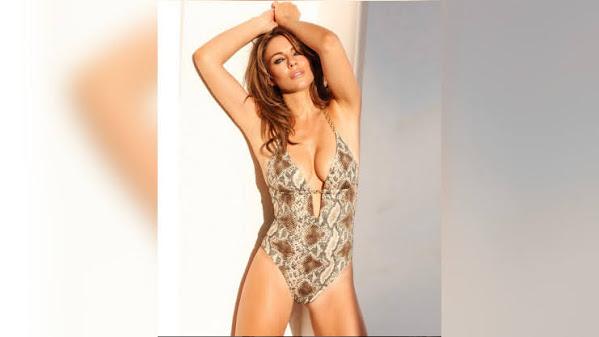 Right now we take a moment of pause to celebrate 56-year-old hottie Liz along with a peek at pop culture, community news and top headlines.

KANSAS CITY, Mo. - A man who spent 43 years in prison for murders he didn't commit will be honored Thursday by the Kansas City, Missouri, City Council. Kevin Strickland, who turned 63 Tuesday, will be presented with a special action by the council on Thursday.

Growing up in her southeast Kansas City neighborhood, Mahreen Ansari remembers neighbors walking miles to the grocery store. Their area didn't have enough grocery stores or quality public transportation or even adequate sidewalks, so her mom would give the neighbors a ride. At 8 years old, she was frustrated.

Quick moving storms hit Kansas City early Wednesday. The national weather service now says four tornados hit the area. While none caused significant structural damage, the storms have left plenty to clean up. Thursday, several locations are opening up to give people a place to drop off debris.

Editorial [Shutterstock/Markus Wissmann] English actress and model Elizabeth Hurley lit social media on fire Sunday with a jaw-dropping snakeskin bathing suit. The 56-year-old looked better than ever in the latest snap, which didn't leave much to the imagination. "All hail swimsuit season," she wrote in the caption.

Hours before President Biden taped a late-night comedy interview with ABC host Jimmy Kimmel, he attempted a pratfall of his own - tripping up the steps of Air Force One as he embarked on another day without a one-on-one interview with a journalist.

Obsessing over Trump could backfire for Jan. 6 committee

The January 6 committee is set to present its long-anticipated findings on Thursday, but the panel will have to walk a fine line between exposing whether former President Donald Trump played a role in the Capitol riot and putting all the blame on him.

Is the US economy on the brink of recession? Fed GDP tracker says yes

Wall Street is on the alert for signs of a looming economic recession as the Federal Reserve tries to tame the hottest inflation in nearly four decades - and one gauge indicated this week that a downturn could be on the horizon.

Mr Aslin, 28, from Newark, in Nottinghamshire, and Mr Pinner, 48, from Bedfordshire, were captured by Russian forces in April. Their families say they were fighting in the Ukrainian military.

Partly Cloudy With A 75 Percent Chance Of COVID Exposure

It's 6:30 a.m. and your third alarm is blaring. Another 10 minutes and you'll have to miss breakfast before going to work. You get up, brush your teeth, shower and start a pot of coffee while watching the morning news.

KANSAS CITY, Mo. - In one week, Kansas City will find out if the the 2026 FIFA World cup will be setting up shop in the city of fountains. Soccer fans across the nation have been patiently waiting to find out if their city will host matches during the international tournament and on Thursday, June 16, at 4 p.m., the names will be announced.

During sweltering summers in Kansas City, we all deserve a frozen treat to cool down. Lucky for us, Kansas City has plenty of mom-and-pop ice creameries with one-of-a-kind flavors sure to make braving the summer heat a little less uncomfortable. Here's our round-up of Kansas City's local ice cream scene.

Sunny start to your Thursday, turning to thunderstorms overnight

Sunshine Thursday morning will give way to more clouds in the afternoon and a chance of isolated showers. High 81. Scattered downpours and thunderstorms are likely overnight into Friday morning. You can expect impacts to your morning commute. Rain will end in most locations by late Friday morning with a mostly cloudy sky Friday afternoon.

Technotronic - Move This is the #TBT song of the day and this is the OPEN THREAD for right now.