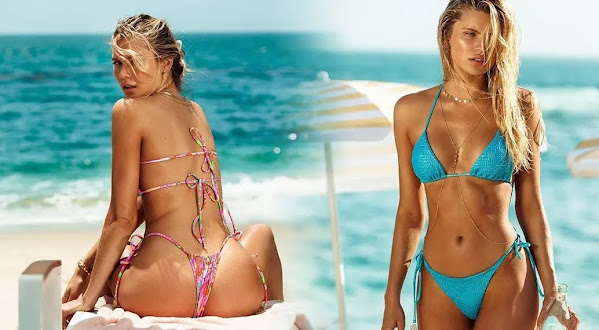 There's a great deal happening today and this quick dive into the discourse offers a great place to start research . . . With respect to hottie Josie we consider pop culture, community news and top headlines.


Still Ahead Of The News Game

The ripple effects of a monumental Supreme Court ruling on abortion will continue to dominate national and local news coverage this week. Here are seven key developments to watch locally: Clinics: Planned Parenthood has notified the Missouri Department of Health and Senior Services that it is ceasing abortion care in the state.

The Kansas City Current announced Monday that Dani Welniak is joining the team as its Executive Director of Communications. She begins her new role with the club immediately. The longtime Kansas City area sports reporter and director has been tapped to move to the club side of KC professional sports coverage.

U.S. President Joe Biden signed a national security memorandum to combat illegal fishing, senior U.S. administration officials said on Monday. The officials told reporters in a briefing the memorandum directs U.S. agencies to work with international partners to crack down on illegal fishing, and they said China had a responsibility to enforce measures against the practice.

A federal criminal investigation is threatening the proposed merger between former President Donald Trump's social media enterprise and a special purpose acquisition company. That company, Digital World Acquisition Corp., revealed in a securities filing Monday that it became aware on June 16 that each member of its board of directors received subpoenas from a federal grand jury in New York.

Joe Biden's universal name ID helped him win the Democratic nomination in 2020. Voters wanted someone battle-tested and experienced, a familiar face to take on Donald Trump. He reminded Americans he had been in the White House before, knew his way around and could thrive in the highest office on his own.


Hottie Career By The Seashore

Jose Canseco's daughter Josie Canseco has landed a new job working for Miami-based luxury swimwear brand Luli Fama Swimwear. The 25-year-old blonde beauty was seen in several photos wearing the strappy, sexy swimsuits as she posed on a white sand beach. The star is a budding model and the daughter of former baseball great Jose Canseco

A key FDA advisory committee will meet Tuesday to examine how COVID-19 vaccines should be modified as the virus evolves and vaccine protection wanes. Why it matters: It could help spell out the longer-term plan for protecting Americans against the virus at a time when existing vaccines can't seem to keep up with emerging strains.

Opinion | I watched coach Kennedy pray with students. It wasn't OK, whatever the court says

I'm a very proud parent. Several of my children were in the marching band and my son played junior varsity football, so my wife and I spent many Friday nights listening to the band and cheering on the Bremerton High School Knights - our home team just across the Puget Sound from Seattle.

Jeremy Drouin didn't get into historical research work for the accolades, but that didn't stop him celebrating last month when a local history project he's been working on since 2014 won a national award. "We were thrilled to get it," said Drouin, who manages the Kansas City Public Library's Missouri Valley Special Collections.

Restaurant start-ups in Kansas City are using pop-up vending to sell their food and to fellowship with new customers, but some have found the permitting and licensing process to be a barrier to their success. The Kansas City Council unanimously approved new regulations on Thursday to change that.

Mostly sunny and cool in the metro Monday

Hide Transcript Show Transcript DID THIS MORNING. IT IS 60 DEGREES NOW, WE WILL HAVE SUNSHINE FOR THIS MORNING A CLEAR SKY STARLIGHT RIGHT NOW AND THEN WE'LL HEAD INTO THE SUNSHINE INCREASING CLOUDS THIS AFTERNOON.