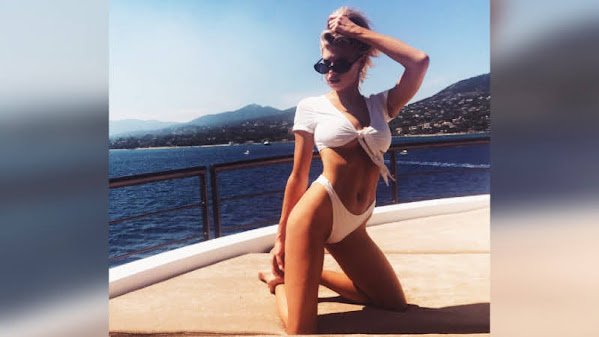 She's either in St. Tropez or the Ozarks but right now we check hottie CharMac sharing her lighter side whilst we consider pop culture, community news and top headlines.

A rapidly expanding gaming technology studio hopes to put approachable blockchain technology in the hands of consumers - and it's pressing play on a strategy to bring dozens of new jobs to Kansas City and give players, developers, and content creators "true ownership" within the games they love.

KANSAS CITY, Mo. - While survivors recover, victims' families plan funerals, and investigators try to figure out what happened before an Amtrak train derailed on June 27 in Mendon, Missouri, legal teams are preparing to file the first lawsuits related to the crash in the next few days.

The University of Missouri says that an internal audit has led to the discovery of stolen funds and employee terminations at the college. Allegations of financial mismanagement at the school's College of Engineering have led to three employee terminations, additional employees being sent through human resources procedures and evidence of over $30,700 being stolen from the school.

Thirteen Kansas City-area restaurants were honored by a national publication for featuring the best wine selections. Wine Spectator recognized 3,169 eateries from all 50 states in the U.S. and more than 70 countries internationally as part of its annual Restaurant Awards.

She is known for her sensational sense of style and eye-popping displays. And Charlotte McKinney did not fail to put on yet another incredible display as she posed up a storm in an array of photographs as the new cover star of US Retreat Magazine.

President Joe Biden said on Thursday that he would support making an exception to the filibuster -- the 60-vote threshold in the Senate needed to pass most legislation -- in order to codify abortion rights and the right to privacy through legislation passed by Congress.

Former President Donald Trump belittled Cassidy Hutchinson, who testified before the Jan. 6 committee on Tuesday, as "this girl" in an angry new attack on the House panel investigating the attack on the Capitol. Displaying deep frustration with Hutchinson's revelations, Trump called the 26-year-old ex-White House staffer a no-name junior aide and a liar.

The ruling delivers a significant blow to the Biden administration's efforts to fight climate change.

The family of Emmet Till -- a 14-year-old Black boy who was abducted, tortured and lynched in Mississippi in 1955 -- are calling for the arrest of his white female accuser after they discovered an unserved, 70-year-old warrant charging her with kidnapping.

WASHINGTON - Ketanji Brown Jackson took the judicial oath just after noon on Thursday, becoming the first Black woman to serve on the Supreme Court. Justice Jackson, 51, was confirmed in April, when the Senate voted 53 to 47 on her nomination.

A Florida judge on Thursday ruled that Florida's new law that bans abortions at 15 weeks is unconstitutional and "violates the privacy provision of the Florida Constitution."

Job cuts are rolling in. Here's who is feeling the most pain so far

The dominos are starting to fall in the U.S. economy. As the Federal Reserve pumps the brakes on the economy, many American companies are retrenching. There is a growing fear that as the central bank aggressively hikes interest rates to fight high inflation, it could tip the U.S.

Buttigieg launches $1B pilot to build racial equity in roads

aser procedures promising "vaginal rejuvenation" are being promoted to women in advertisements online, in spa windows, and even in some doctors' offices. If my patient group is any guide, women receiving treatment for cancer may be especially interested in obtaining the benefits touted in these ads, as some cancer treatments cause sexual health side effects.

Put on the puka shell necklace, pull the straw cowboy hat down real low, and purchase one (1) case of White Claw per person. Set up in the parking lot of Arrowhead around noon and remove clothing until you're comfortable.

Drafting an all-time Royals team, one pick per round since 1969

With the MLB Draft on the horizon, I wanted to write something fun about the Royals and the draft. I've had this idea in my head for a while, and finally put pen to paper regarding it. Here's the idea: let's build an all-time Royals team using just one player drafted by the Royals from each round of any and all amateur drafts.

KANSAS CITY, Mo. - A local musician is gearing up to throw the first pitch at Kauffman Stadium when the Kansas City Royals host the Cleveland Guardians on July 8. Kevin Morby, a singer-songwriter who grew up in the Kansas City metro, tweeted a request to the Royals, asking that if he gets enough likes on his tweet, that they allow him to throw a ceremonial first pitch.

Sunny and very warm in the metro Thursday

Mariah Carey covering the Jackson 5 back in 1992- I'll Be There is the #TBT song of the day and this is the OPEN THREAD for right now.