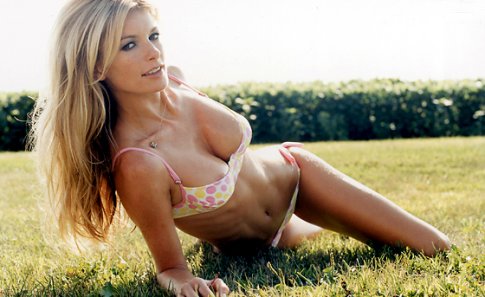 With respect to Missouri-born hottie Marissa, this post eschews more glamerous topics and focuses on all things regarding the metro. In this quick collection of local news we share a bevy of times that are interesting and worth a look but might be debatable . . .

KANSAS CITY, Mo. - The nonprofit Studios, Inc . in the Kansas City Crossroads isn't hosting a traditional art exhibit. "It's a piece made out of a bunch of sockets and wrenches," Cesar Alonzo said. Alonzo has multiple pieces of his own creation in an exhibition that features artwork made by students and staff at , a project-based experiential program for inner city youth.


Photos: March For Our Lives


Kansas Child Care providers getting up to $2500 bonus

KANSAS (KSNT) - Kansas Governor Laura Kelly announced at Countryside United Methodist Church Tuesday morning that $53 million will be made available to eligible licensed daycare providers. Kansas child care professionals could be eligible for $750 to $2,500 as a bonus. The bonuses will depend on the hours the professional works.

On this week's episode of the Northeast Newscast we're catching up with Christina Hoxie of the Hoxie Collective, the consultants taking the lead on the Kessler Park Master Plan. Kessler Park stretches across the northern border of Northeast Kansas City, including Cliff Drive, the Colonnade at Concourse Park, bike and walking trails, North Terrace Lake, the Carl DiCapo Fountain, an abandoned reservoir, play grounds and more.

Friends are mourning the loss of Tammy Matsuo and hoping to help her family with final expenses.Matsuo died in a house fire in Overland Park on Monday morning. Her fiance, Adam Fetters, also died in the fire. Matsuo came to the U.S.


The pandemic gave small farmers an upper hand for once. Now what?

Hard times connected customers to their community farms. But that progress is being erased. For a moment during the pandemic, it looked like the meek would inherit the earth. Small farmers across the United States were suddenly thrust into a world where people weren't shopping at the major grocery store chains anymore, either out of fear of the mobs or annoyance with shortages.


From 'Asian carp' to 'copi,' an ugly fish gets an appetizing marketing makeover

Asian carp, the invasive fish species which, since the 1990s, has flourished in Midwestern waterways and crowded out native populations, has a new name: copi.


Kansas City Royals' Brett is a Caring Teammate In Retirement

Once a teammate, always a teammate for baseball great George Brett. Brett's legendary 21-season as a Kansas City Royal is an open book. First-ballot hall of famer in 1999. Three batting titles won in three different decades. Lifetime batting average of .305.

Today's vendors of vegetables, spices, and flowers know what the horse traders, settlers, and political rally organizers knew a century and a half ago: Kansas City's City Market is a prime spot to be on a weekend morning.


What's Fresh at the Overland Park Farmers' Market this week

Among the regular sellers at this large and diverse market, you'll find everything from kombucha to strip steaks ready to toss on the grill. But some other offerings are more fleeting, coming for just a few weeks at the height of the growing season and then disappearing for a year.