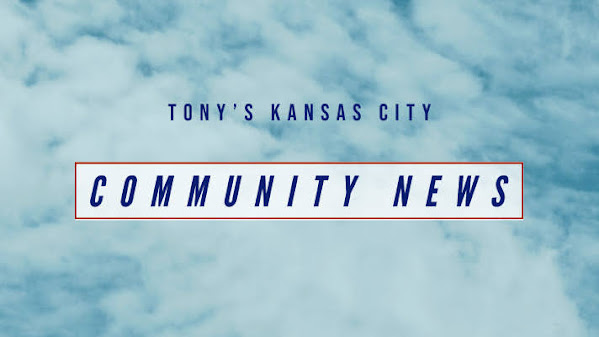 In this quick post we roundup local news that might not be controversial but is still worth a peek.

Harvesters supplies 760 agencies in the Greater Kansas City Area with food. Now facing several issues, Harvesters is canceling or cutting back orders. Jordyn Davila gets food at the drive-through pantry on Mondays at Rolling Hills Presbyterian Church in Overland Park.She brought along her five children and even two dogs."It's just awesome that there are opportunities for stuff like this, to be able to help anybody in need, no judgment, no questions asked," Davila said.

KINGSVILLE, Mo. - A 90-year-old man died after being ejected from a tractor in a crash in Johnson County, Missouri, Wednesday afternoon. William Brunner was pronounced dead at the scene after his John Deere tractor traveled off the right side of the road and hit a tree.


A hospital in St. Joseph, Missouri, wages a legal war against the local newspaper

A legal dispute over the firing of a hospital employee has escalated into a battle pitting one of the largest employers in St. Joseph, Missouri, against the city's daily newspaper. Heartland Regional Medical Center - which operates as Mosaic Life Care - earlier this month deposed both the reporter who covered the dispute for the St.

KANSAS CITY, Mo. - A fatal fire around noon Thursday in Independence, Missouri, is under investigation. Independence fire crews responded to a building fire in the 20200 block of East 17th Street Court North and noted smoke showing upon arrival. By 12:46 p.m., the city of Independence posted on social media that the fire was under control.

Abby Hoover Managing Editor The Scarritt Elementary School at 3509 Anderson Ave., closed in 2010 during the "right sizing" of the Kansas City Public Schools (KCPS), is being listed for sale and reuse. After years of sitting "mothballed" without utilities, the site of the old Scarritt School was declared surplus in 2022.


Deadline approaching to register in Missouri for August primary election

KANSAS CITY, Mo. - The 2022 election season is almost upon us. For Missourians, people will need to be 17 and a half years old to be able to register to vote but must be 18 years old by the time of the election to vote. Voters need to be a U.S.


Missouri farmer: Community had been working to improve railroad crossing

MENDON, Mo. - The railroad crossing where an Amtrak train collided with a dump truck Monday that led to the deaths of three people was an apparent target of improvement for both members of the community and Missouri officials. The train, Amtrak's Southwest Chief from Los Angels to Chicago, struck a dump truck shortly after 12:40 p.m.

KANSAS CITY, Mo. - The widow of a truck driver killed in the Amtrak train crash and derailment in Missouri has filed a wrongful death lawsuit. Attorneys for Erin Barton, wife of Billy Barton II, filed the suit against Chariton County and BNSF roadmaster Mariano Rodriguez.

Serta Simmons Bedding will close a Kansas City-area manufacturing facility, a move that will affect 70 jobs. The move is part of a larger reorganization that has included the closing of at least two other facilities.

A day after his birthday, Kansas City Chiefs Offensive Lineman Creed Humphrey has announced a partnership with Boulevard Brewing Co.The partnership names Humphrey, the official protector of tailgates throughout the Midwest.Boulevard says the announcement marks the official launch of its "Protect Your Tailgate" campaign set to kick off this fall.

KANSAS CITY, Mo. - The Kenny Chesney drought is almost over for country music fans. After postponing his tours in 2020 and 2021, Chesney brings his "Here and Now 2022" tour to GEHA Field at Arrowhead Stadium over the 4th of July weekend. Tickets to the concert are still available.