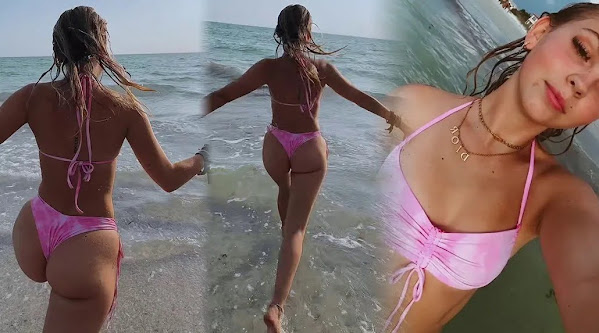 KANSAS CITY, Mo. - Whether the World Cup comes to Kansas City, Missouri, in 2026 or not, the city will look quite different.

Not just rain and snow: MoDOT service drivers share the dangers of driving in extreme heat

Record heat can make things more difficult out on the roadway. The Missouri Department of Transportation's Motorist Assist emergency service met with KMBC to share some of the dangers when extreme heat hits the pavement.


Getting Your Steps In

Riverdance performers ready to dance through the heat at Starlight Theatre

Riverdance is coming to Starlight Theatre. The world-famous Irish dance show will take the stage in 90-plus-degree heat. KMBC 9 found out how performers and the crowd will keep cool as the iconic show comes to Kansas City.Dancers gave a little preview on the stage at Starlight Thursday before the full Riverdance cast ignites the venue."We love what we do.

For these Kansas City Model T lovers, the best smell in the world is '100-year-old grease - hot'

Henry Ford's first Model T rolled off the assembly line in 1908, ushering in the age of the automobile and becoming a symbol of America's modernization. In Kansas City, the KC Chuggers are dedicated to keeping these old Fords running.


All About Rising Star Diva

4 Million Jordyn Jones aka Jordyn Kaylee Marie Jones is an American singer and dancer. As of 2022, Jordyn Jones's net worth is $4 million. She accumulated her net worth through her singing and dancing career. She is supported by the 'Reload Management Agency'.

President Joe Biden said Thursday Americans were "very, very down." He's right about that. A new USA TODAY/Suffolk Poll shows the country in a funk, and one that sets a problematic political landscape for Democrats in the November elections that are approaching fast. Only 39% of Americans approve of the job Biden is doing as president.


Spy Games Across The Pond

Julian Assange's extradition to US approved by UK government

No Fun Allowed On This Upcoming Federal Holiday

From store-branded Juneteenth ice cream to Juneteenth-themed paper plates and party supplies, to even selling a Juneteenth watermelon salad, many large companies and brands are facing backlash for their efforts to commemorate the federal holiday signed into law last year.

The Economy Is Headed for a Hard Landing. Larry Summers on Inflation, Recession, and the Fed.

Economist Lawrence H. Summers never joined Team Transitory, or the economists, investment strategists, and members of the Federal Reserve who thought inflation would be a temporary phenomenon. Instead, he warned early and often that massive fiscal and monetary stimulus unleashed in response to the impact of the Covid pandemic would result in the economy overheating.

At least five employees were fired by private rocket company SpaceX after drafting and circulating an open letter criticizing founder Elon Musk and calling on executives at the start-up to change the company's work culture to make it more inclusive, according to two people familiar with the matter.

Weekend Possibilities | Boulevardia is Back, Juneteenth and Father's Day

Outdoor events like Boulevardia and Juneteenth celebrations dominate the final weekend before the official start of summer. Sunscreen is still required. 7 p.m. The new outdoor amphitheater at Ernie Miller Park, 909 North Kansas 7, is the venue for Friday night's Stories in the Park.

OVERLAND PARK, Kan. - Yelp recently released their list for best ice cream in every state for the year, and two local ice cream shops made the cut. The best ice cream in the entire states of Kansas and Missouri are both in the Kansas City Metro, according to Yelp.

Stormy morning for some, steamy afternoon for all

It's going to stay hot all weekend, and hotter to start next week.

Drake - Falling Back is the song of the day and this is the OPEN THREAD for right now.