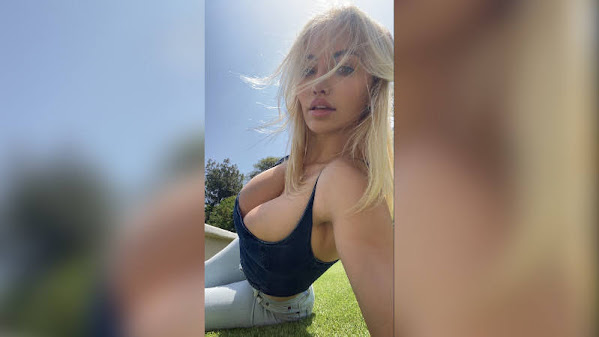 On this hot Tuesday we pay tribute to hottie Lindsey and share this quick peek at pop culture, community news and top headlines . . .

Nestled inside Casual Animal Brewing Co. in the Crossroads - away from the searing 90-degree heat - is the three-person team of Tacos Valentina. They're commanding the bar on the right side of the brewery: Rogelio Avila is pressing tortillas made from freshly milled masa.

Kansas City's Planning and Development Department (CPD) is rapidly reducing review and response times despite a significant increase in applications because of several key changes to the process. The City has doubled the plan review staff and hired or promoted 28 total employees, including four permit writers, four planners for the Development Management Division, two Land Development field inspectors and one registered engineer for the Land Development Division Support.

KANSAS CITY, Mo. - Local adoption agencies say the Supreme Court decision to overturn Roe v. Wade will have a huge impact on their services. Kate Fibert, executive director of Adoption Choices of Missouri, said the expectant mothers she works with don't fit into one category.

Reporting for KCUR, Savannah Hawley raises questions about pedestrian safety in Kansas City, where cars have killed 44 pedestrians so far this year, up from 33 at the same time last year. "Of the 1,485 crash fatalities in the Kansas City metro over the last five years, pedestrians made up 13% - or more than 190 deaths - despite only accounting for about 6% of travelers," Hawley writes.

A Kansas City neighborhood filled with 100-year-old homes and towering trees is full of history extending far beyond the houses themselves.Nearly 30 years ago, between Longfellow and Midtown, Kansas City was home to a community developed exclusively for lesbians. It's a history not known to even longtime city residents.

Lindsey Pelas stuns the internet with her latest bikini update! While the social media celebrity has been tantalizing her Instagram fans with sexy pictures regularly, her latest share still did not disappoint. In fact, Lindsey was feeling her bikini so much that she opted to share three pictures with her 8.6 million followers, flaunting her killer physique.

Confidence in Joe Biden has declined sharply around the world since his first year in office, even as global views of the United States continue to improve following record lows under Donald Trump, a recent survey has found.

Russia expanded its sanctions "stop list" to include first lady Jill Biden and her daughter on Tuesday. Russia's foreign ministry says the move comes "as a response to the ever-expanding U.S. sanctions against Russian political and public figures." The sanctions target the first lady and first daughter, Ashley Biden, as well as 23 others, including Senate Minority Leader Mitch McConnell.

Trump and Democrats are both losers so far in Jan. 6 hearings

Democrats have made some significant points against former President Trump during the House Select Committee's hearings on the Jan. 6, 2021, riot in the Capitol. Yet the decision by House Speaker Nancy Pelosi (D-Calif.)


Still A Great Idea To Keep Your Damn Hands To Yourself

Charges against the man accused of slapping Rudy Giuliani on the back were downgraded Monday, the same day the former New York City mayor called for him to be fired and prosecuted. Daniel Gill, 39, an employee of the ShopRite supermarket in Staten Island where Giuliani was campaigning for his son on Sunday, was initially charged by police with second-degree assault.

The newly elected Republican congresswoman who accused House Speaker Nancy Pelosi of shoving her daughter during a swearing-in ceremony has admitted that the girl didn't notice anything amiss at the time.

CLAIM: Kentucky is considering legislation that would require women to submit to the state every month a statement from a doctor indicating if they are pregnant - or else face penalties. AP'S ASSESSMENT: False. The legislation was an amendment proposed in jest by a Democratic lawmaker in 2019 to express her opposition to a bill banning abortions.

Airbnb on Tuesday announced a global ban on parties, following a temporary restriction it put in place two years ago. The company is permanently banning "disruptive parties and events," which include open-invite gatherings. "Party houses," which people book to throw a large event for just one night, will stay banned as well.

Elmo just got his Covid-19 vaccine

Elmo received the Covid-19 vaccine for children under 5 in a PSA from Sesame Workshop.


Thanks For The Mammaries

I'm Done Being Shamed For (And Defined By) My Huge Boobs

By my early 20s, I was rocking an H cup. I know, right? Did you even realize they made bras that big? I didn't until I had to buy one.

She's been keeping up with the kocktails. A very boozed-up Kris Jenner gave a memorable speech at her daughter Khloé Kardashian's lavish 38th birthday party that the momager may not remember in the morning. "I know I'm a little wasted ...

6:00 AM ET Adam TeicherESPN Staff Writer Close Covered Chiefs for 20 seasons for Kansas City Star Joined ESPN in 2013 KANSAS CITY, Mo. -- Just by virtue of being healthy, Kansas City Chiefs quarterback Patrick Mahomes said he had a better offseason than last year, when he was rehabbing from surgery for turf toe and spent time in a walking boot.

After lockdown, when bars and restaurants around the city began to reopen, Lexi St. John wanted to get out and do things, which led to the creation of her TikTok page @the.bop.around.

Just for today because this song & video was unfortunately imprinted on my brain as a kid back in 1988, Robert Palmer - Simply Irresistible is the song of the day and this is the OPEN THREAD for right now.