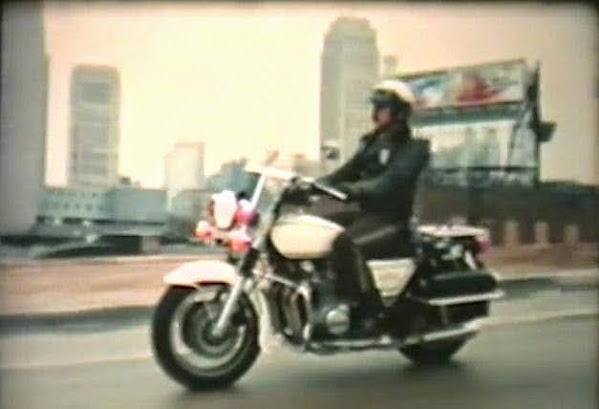 In this quick post we play catch-up with local police reports, court cases, ALLEGED misdeeds and all manner of reporting on local streets.

As always, we attempt to finish with a bit of good news.

KANSAS CITY, Mo. - Kansas City police are asking gun owners not to leave their weapons in vehicles. The police department said summer normally brings an increase in the number of guns stolen from cars and trucks. Kansas City police said many of the guns are stolen from cars parked near entertainment areas where the department attempts to increase officers during warmer months.

KANSAS CITY, Mo. - Three teenagers are recovering from gunshot wounds in connection to a shooting Wednesday night in Kansas City, Kansas. A KCKPD spokesperson says that officers were called out around 6:20 p.m. Wednesday to an area near S. 35th Street and Shawnee Drive on a shooting.

OLATHE, Kan. - A sixth teenager charged in connection with a deadly shooting in an Olathe park enters a plea. The 14-year-old Olathe teenager pleaded not guilty to first-degree murder during a court hearing Wednesday morning. The charge stems from a deadly shooting at Black Bob Park in Olathe last month.

KANSAS CITY, Mo. - A 19-year-old Blue Springs man charged with making a terror threat appeared in court Thursday. Treshawn Hardridge is accused of threatening a mass shooting and posting his plans on social media Tuesday. Someone saw the Snapchat video and notified Blue Springs police. Hardridge and his attorney attended the hearing.


Missouri man gets prison term for killing friend in Kansas

WICHITA, Kan. - A Missouri man has been sentenced to more than six years in prison for the shooting death of his friend in Wichita three years ago. Brandon Craig, 25, of Independence, Missouri, was sentenced Wednesday in Sedgwick County District Court to 74 months in prison, NBC affiliate television station KSN reported .

A 32-year-old man was indicted Wednesday on five felony charges alleging he struck a Clay County deputy with his car before taking police on a high-speed pursuit to avoid arrest in a large sting operation targeting sexual predators. Robert B.

INDEPENDENCE, Mo. - An Independence woman is accused of trapping her daughter in an apartment and lighting it on fire. Prosecutors charged 47-year-old Tawanda Anderson with first-degree arson. Charging documents show Anderson and her daughter returned from a store Sunday evening. Anderson became upset that her daughter didn't give her any money.

LENEXA, Kan. - Police believe they know his crimes, but investigators don't know his identity. Lenexa police released surveillance pictures of a man they believe is responsible for stealing a number of catalytic converters across the Kansas City metro. But, investigators don't believe he stopped with cars.


Kansas Highway Patrol to crack down on expired license plates

In a car crackdown, the Kansas Highway Patrol says they're looking for expired tags.The cost of failing to register your car may start adding up in the state of Kansas.The move follows an announcement from the Missouri Highway Patrol that they would be cracking down on drivers with expired license plates.


Raytown animal shelter out $30K due to stolen check

RAYTOWN, Mo. - An animal shelter in Raytown is trying to figure out how to cover expenses after thieves targeted them. Erin Morse wears many hats at "Midwest Animal ResQ ." The shelter's founding director's latest challenge is to come up with almost $30,000 stolen from the nonprofit's bank account.

The Kansas Crime Victims Compensation Board has awarded financial assistance to 202 victims of violent crime at its June meeting, Kansas Attorney General Derek Schmidt said in a press release Thursday. Awards were made in 91 new cases. Additional expenses were paid in 111 previously submitted cases.

In June of 2021, a Texas man traveling to Minnesota with the airplane motors spent the night at a Kansas City hotel. In the hotel parking lot, someone stole his truck along with the motors. They were motors and parts the man had been collecting since the 1980s, valued at $50,000.