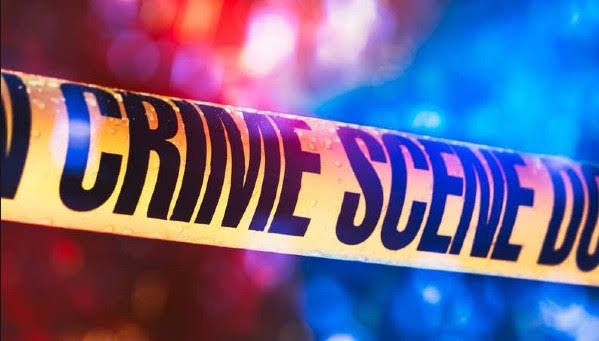 For close local Sunday readers we share this collection that considers police action, worsening crime and just a bit of hope as the hottest months of Summer approach.

As always, we try to finish this compilation with a bit of hope . . .

Kansas City Mayor Quinton Lucas (D) on Sunday advocated for tougher gun laws to protect citizens in a host of public spaces in response to mass shootings that have plagued the U.S. in recent weeks. In addition to filing lawsuits against gun manufacturers, Lucas told CBS "Face the Nation" moderator Margaret Brennan that mayors would...

KANSAS CITY, Mo. - Flare Tha Rebel, Matt Peters, Bob Pulliam and Ryan Marquez have known each other since middle school. "It goes back to sleepovers and baseball games, and hanging out on Friday nights, talking about girls on the telephone," Marquez said. Each of them is a part of Woodland Ave.

KANSAS CITY, Kan. - The Kansas City, Kansas, Police Department is investigating and warning the public after they discovered thousands of pills laced with fentanyl inside a home this week. Police issued a search warrant at a home and seized 6,000 counterfeit prescription pills containing the deadly drug fentanyl along with eight firearms and other drugs.

Mia Lee Jamison, 70, faces up to 10 years in prison after pleading guilty to soliciting someone to destroy the building by arson and lying to ATF. Her plan was to torch the building that housed Bob Wasabi Kitchen, 39th World of Spirits and a hookah lounge.

KANSAS CITY, Mo. - A man that led authorities on a high-speed chase down a runway at the Charles B. Wheeler Downtown Kansas City, Missouri, Airport has been arrested on federal charges. Last month, a federal grand jury charged Efren Torres-Rodriquez, 34, of Olathe, with disrupting airport operations, illegal possession of a firearm and drug charges.

BARRY COUNTY, Mo. - Barry County, Missouri, authorities are warning the public about three escaped inmates. The trio, which fled the jail in the early morning hours according to the sheriff's office, consists of Lance Justin Stephens, Matthew Allen Crawford, and Christopher Allen Blevins.

KANSAS CITY, Mo. - Police in Kansas City, Missouri, are investigating a shooting that critically injured one person on Friday afternoon. The shooting happened near Winner Road and Oakley Avenue at around 4:10 p.m. No other information surrounding the circumstances of the shooting was immediately available. This story is breaking and will be updated.

KANSAS CITY, Kan. - A former Wyandotte County sheriff's deputy has been sentenced for child rape charges in 2019. Michael Mastel was sentenced Friday, May 27, in Wyandotte County court to life in prison on charges of rape, aggravated criminal sodomy, and three counts of sexual exploitation of a child.

A Kansas City mother is helping her son heal after he witnessed a fatal shooting Wednesday. He was outside playing in the middle of the day when the gunman shot two people. It happened on Colonial Terrace just south of Raytown Road.


MISSING: Woman, 22, last seen in Kansas City over a week ago

KANSAS CITY, Mo. - Kansas City police are searching for a missing 22-year-old woman last seen over a week ago. Abbi Schaeffer was last seen on May 25 at about 12:30 p.m. wearing a tan-colored, long-sleeve crop top, with black leggings and gray Nike sandals.


Kelsey Smith's family reflects on her impact 15 years after murder

Fifteen years after she was abducted and murdered while running an errand, Kelsey Smith's name still resonates across Kansas City, the country and the world - and her family's fight to provide law enforcement with tools to prevent a similar tragedy continues, too.


KC man sentenced for shooting, killing mother of his 3 kids

KANSAS CITY, Mo. - A 46-year-old Kansas City, Missouri man was sentenced Wednesday for the 2018 deadly shooting of the mother of his three children. A Jackson County judge sentenced Damon Kerr to 24 years in prison on his second-degree murder conviction and three years on armed criminal action.

KANSAS CITY, Kan. - Prosecutors will not file charges against a Kansas City, Kansas, officer who shot and killed a former detective. The Wyandotte County District Attorney's Office confirmed Wednesday that after a multi-agency investigation, the officer who shot Lionel Womack in November 2021 will not be charged.

KANSAS CITY, Mo. - A St. Joseph police officer and his wife are accused of spending $99,000 in funding from a local lodge of the Fraternal Order of Police for personal use. Michael A. Hardin, 46, and Sarah J. Hardin, 42, allegedly used the the police union's debit cards to complete the transactions.


Houston man sentenced after stealing over $230,000 from ATMs in KC and Michigan

A Houston, Texas, man was sentenced in federal court Thursday for stealing more than $230,000 from bank ATMs in Kansas City, Missouri, and Allen Park, Michigan.The justice department says Deandre J. Gilliam, 20, was sentenced to three years and one month in federal prison without parole for the crimes.

KANSAS CITY, Mo. - Members of the Kansas City, Missouri, community gathered on Wednesday to remember the 19 students and two teachers killed in a mass shooting at Robb Elementary in Uvalde, Texas. The Latinx Education Collaborative held a vigil in the Pendleton Heights neighborhood.

KANSAS CITY, Mo. (KCTV) - A local Boy Scouts troop has its trailer back. Scoutmaster Jack Scogin of Boy Scout Troop 1865 said he noticed Saturday that the troop's trailer used for the group's major fundraisers and to haul equipment to summer camp had disappeared after it was parked at St.

KANSAS CITY, Mo. - A Kansas City, Kansas, native opened up his own restaurant after dedicating decades of his life to the hospitality industry. Jah Kenya Seals finally got the keys to open Opal N Blue's on May 9, his 45th birthday. His southern-style menu is inspired by his late grandmother, Opal, who instilled his passion for cooking.

A Kansas City man has been charged in connection with what appears to be a random shooting during a disc golf tournament at Kessler Park.Meanwhile, the disc golf community is showing up in support for the victim while he faces a long recovery from his injuries.Police said 21-year-old Osman Igal started shooting during the Kansas City Flying Disc Challenge at Cliff Drive on Saturday.