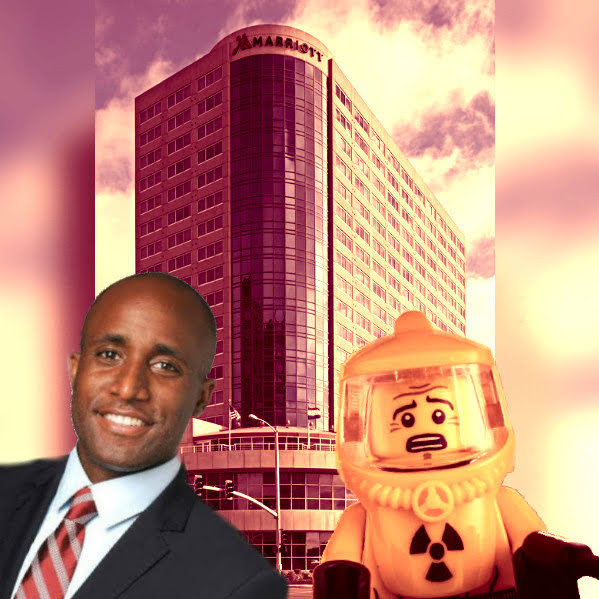 Since the 2020 BLM riot/uprising on the Country Club Plaza — The iconic entertainment district has never been the same.

It's important to remember that Mayor Q as at the forefront of these protests shouting "no justice, no peace" in the company of protesters who were targeting police in the aftermath of the George Floyd murder.

Mayor Q knows his shameful role in the demise of the Country Club Plaza is important and that's why he's teasing new tenants and hype about his leadership of economic development by way of Twitter.

Visitors to the Plaza have dwindled.

More than a dozen storefronts are empty.

And violence continues to plague the district.

"Upon arrival to the scene, police say they located one shooting victim in the hotel lobby. Another victim was located to the south of 45th and Main streets. The victims told police they were arguing with the shooting suspects when they heard the sound of gunshots.Both victims were transported to local hospitals with non-life-threatening injuries.Police closed down the area surrounding 45th and Main streets as the scene was investigated."

KANSAS CITY, Mo. - The Kansas City, Missouri, Police Department responded on the report of a shooting around 10:15 p.m. Saturday to the Kansas City Marriott Country Club Plaza. Upon arrival to the scene, police say they located one shooting victim in the hotel lobby.