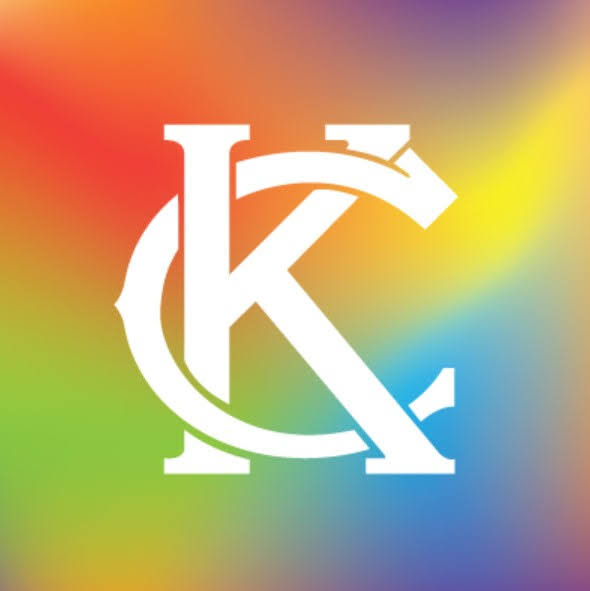 The divisive debate over love, acceptance, tolerance, identity and politics has come to the front door of a Kansas City house of worship.

HERE AT TKC WE RESPECT THE SUPERSTITIONS OF EVERYONE!!!

Moreover, our mission is to remind locals that so much culture war posturing by "many sides" of the discourse is merely a ploy to get voters to jump on partisan band wagons.

It turns out that NOBODY REALLY CARES about trade & monetary policy which impacts people far more than slap-fighting over demographics . . . Ergo, so many debates about "identity" do nothing more than service suits who live and die by interest rate calculations and don't really care who anybody loves or hates.

Here's part of the story that isn't so much a coincidence given the full court press over local pride promotion is likely to spark backlash by typically conservative religious people . . .

Kansas City United Church of Christ plans to hold a party Saturday morning to repaint a rainbow flag on its marquee.

The flag had been on the marquee for decades, showing the church's love and acceptance for all LGBTQIA+ people.

The church said someone vandalized the flag by painting over it one night in May.

“We’ve been out and proud in celebrating the lives and love of all people - including our LGBTQIA+ friends and family - since 1997.  A little paint is not going to change the way we embrace God’s love in the world,” Jessica Palys, Pastor, said.

KANSAS CITY, Mo. - A Kansas City church vandalized last month invites the community to be a part of its recovery. Kansas City United Church of Christ plans to hold a party Saturday morning to repaint a rainbow flag on its marquee.