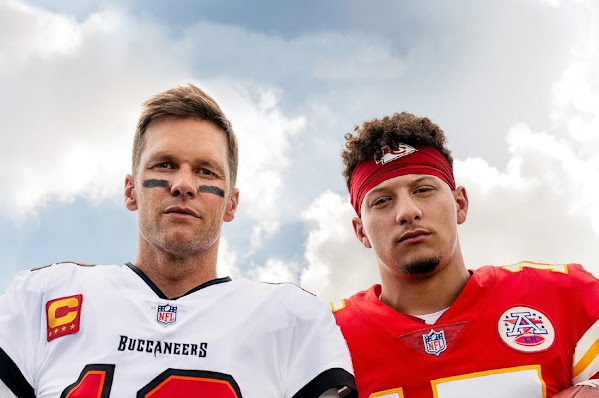 And in this upcoming season . . . Most NFL pundits rank his as exceptionally good. But not great.

"The Kansas City Chiefs quarterback tossed 37 touchdowns last season, tying him for the fourth most of any signal caller. His 4,839 passing yards ranked fourth, and it was no surprise that he was voted to his fourth straight Pro Bowl. The one note of concern in his stats from 2021 is the number of interceptions he threw, 13, the most in his career. Still, much of that can be attributed to Mahomes carrying a heavier burden as parts of the offense slowed down. Still, he’s got the second-best odds of any player to win the MVP award this season."

Tampa Bay Buccaneers quarterback Tom Brady isn't just the GOAT when it comes to throwing passes on the gridiron. He's also one of the best trash-talkers in the game, and he's showing off those skills in a different athletic venue.

It's said that quarterback is the most crucial position in professional sports. That narrative has only ballooned as the league endured an offensive revolution over the last 20 years. After years of relentlessly tough and physical defenses, the NFL began shifting towards a product focused on finesse, big-time plays, and airing out the football.

During the offseason prior to the 2021 NFL season, Kansas City Chiefs quarterback Patrick Mahomes had to recover from toe surgery. Heading into the 2022 campaign, Mahomes has been fully healthy from the get-go. "Being able to train right out of the gate, that was huge for me.