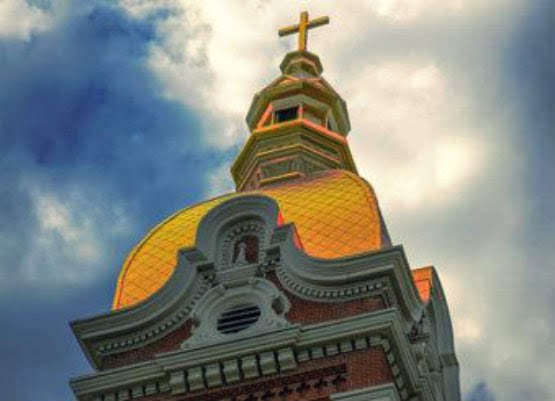 Typically, compassion for humankind ends when downtown denizens step on an errant heroin needle or return from work to find their car windows smashed over 35 cents carelessly left in plain sight.

Here's a glimpse at Kansas City Catholics stepping up their charity game no matter the consequences and given the abundance of aggressive panhandlers to serve . . .

The “Building Glory” capital campaign also plans to demolish the existing Donnelly Hall building on Broadway and replace it with a new facility connected to the church that will include an event space for 300- to 400 people, a welcome center and gift shop.

“The whole project will come under $14 million,” Turner said. “We’re not concerned about it. We believe it has tremendous support from the downtown community.”

Donnelly Hall, originally the parish school, was renovated years ago to become a community center and kitchen. The Morning Glory program serves about 100 meals six days a week from there to homeless people.

This quote was kindly stolen unknowingly donated from a hack developer blog and serves to provide a reason why car crime continues to skyrocket inside the loop.

The Cathedral of the Immaculate Conception, a landmark church that pre-dates downtown, has launched a $14 million campaign to build a new parish hall and renovate space for its breakfast program for the homeless. The brick Cathedral at 11th Street and Broadway with its landmark gold dome steeple traces its roots to a frontier log church built at the site in 1835 by Jesuit missionaries.