Kansas City Back To The Grind: Pedestrian Safety FAIL Amid Russia & Monkeypox Rising 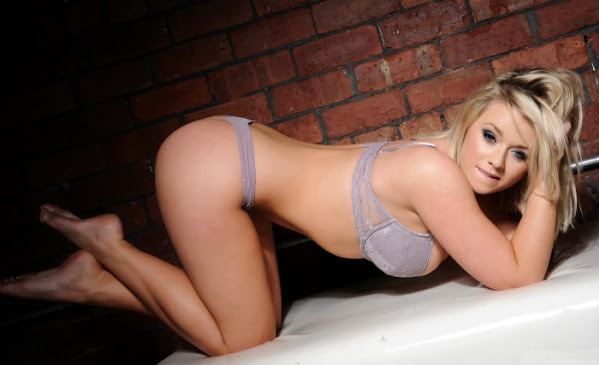 Right now hottie we remember that hottie Mel D was amongst the best of the 'lad's mag' era and right now she inspires our quick peek at pop culture, community news and top headlines.

Another person in Kansas City was hit by a car. What is the city doing about pedestrian safety?

A car backed into a person June 25, seriously injuring them. Just a day later, another driver left a walker in critical condition. A hit and run near Independence and Indiana Avenues the morning of June 23 left a pedestrian dead. Sunday's accident is the fifth time in just two weeks that a car injured a Kansas City pedestrian.

OLATHE, Kan. - Kathleen Scott and her son Zak are in the middle of moving to Eudora, Kansas, from Gilberts, Illinois. Friday, the Scotts lost nearly all of their possessions including photos and videos of Kathleen's late husband. "We brought our belongings in a 20-foot U-Haul with the trailer attached.

Hide Transcript Show Transcript HONOR THE PROGRESS IN THE FIGHTP OPPORTUNITY FOR THE L. ETQ+ COMMUNITY PRIDE MONTH ALSO HONORS THE STONEWALL RIOTS WHICH STARTED 53 YEARS AGO THIS COMING TUESDAY, NEW YORK CITY POLICE RAIDED THE STONEWALL INN A GAY CLUB IN GREENWICH VILLAGE THE RAID SPARKED THE RIOTS AND DAYS OF PROTESTS SERVING AS A CATALYST FOR THE GAY RIGHTS MOVEMENT.

As Pride Month comes to a close, dozens of people walked through the streets of Independence for the second-annual Pride Walk.The Independence Square Association and WestiNd Connection worked together to host the walk. Organizers handed out free light-up Pride flags and walked to the town square for an outdoor showing of the movie 'The Birdcage'.Leona Noel worked to organize the event.

Danielle Lloyd relaunched her account on adults-only subscription platform OnlyFans last year, with her having now opened up about the backlash she received over it Danielle Lloyd has boasted that the cash she rakes in from her saucy OnlyFans accounts helps 'pay her mortgage and feed her children'.

'Give us a plan or give us someone to blame': Inside a White House consumed by problems Biden can't fix

House Democrats' anxiety bubbled to the surface as they awaited the belated arrival of White House officials.

D onald Trump never stopped raising funds from his supporters after the 2020 presidential race. His companies, meanwhile, continued to charge his political outfits for goods and services. As a result, the former president has been able to convert about $1.3 million of donor money into business revenue since he lost the 2020 election, according to a review of the latest federal filings.

President Joe Biden accused the Russian military of torturing Ukrainians using electrocution and other methods in an official statement Sunday. Biden's statement marked the International Day in Support of Victims of Torture. In it Biden accused several nations of using torture on either their own people or the people of nations they were attacking.


Meet The Next Pandemic

The Monkeypox Crisis Is Secretly Spiraling in This Virus Hotspot

AKAMKPA, Nigeria-The two sons of Destiny, a 48-year-old Nigerian businessman whose nephew had recently contracted the monkeypox virus, are already showing similar symptoms. They have swollen lymph nodes, which started a couple of days after they developed a fever.


EPIC ROCKER OPTS OUT OF USA?!?

If you haven't been paying close attention to the Royals lately - and who could blame you - you might not have noticed that Carlos Santana has been magma hot in the month of June and raised his season wRC+ all the way up to 98.

Scientists Are Pursuing Flood-Resistant Crops, Thanks to Climate-Induced Heavy Rains and Other Extreme Weather - Inside Climate News

Diddy feat. Bryson Tiller - Gotta Move On is the song of the day and this is the OPEN THREAD for right now.