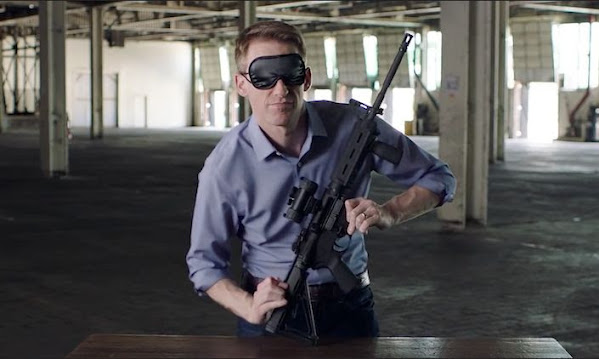 Jason Kander was the star of the best political ad of 2016 and it has reemerged amid the current gun crisis.

Tonight we found a news note that provides a bit of context amid some loose interpretations along with perspective from the Kansas City politico on the current school shooting aftermath . . .

"Kander sees an echo of the psychological damage combat veterans can suffer in that of the swelling ranks of children and parents who have witnessed and survived America's mass shooting epidemic. "Trauma is trauma," he says."

Jason Kander became a political star with a blindfold on. In a breakthrough campaign ad, the young war veteran assembled an assault rifle without looking.