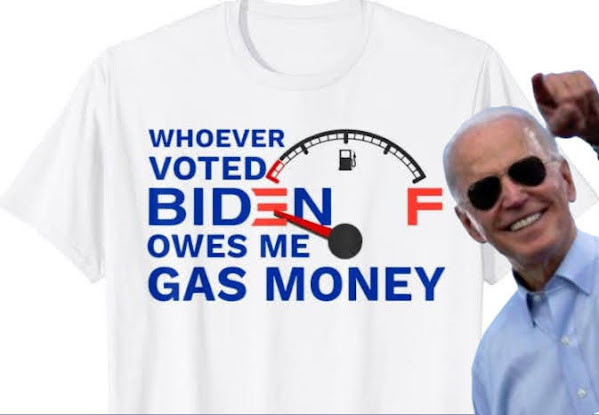 Recently a fun note found it's way to us that speaks to the rising level of frustration on local streets.

"Register voters in a place, a gas station, that constantly reminds all of us -- elections have consequences. The Republican Party will register voters at an Overland Park gas station on Saturday, June 18 from 9 a.m. to 1 p.m.

"By law, voter registration drives must be nonpartisan, so participants will not be allowed to encourage voters to sign up for a particular party."

AGREE OR DISAGREE WITH REPUBLICANS, THIS STRATEGY IS BRILLIANT!!! SIGNING UP ANGRY VOTERS PAYING TOP DOLLAR FOR GAS WILL LIKELY WORSEN MIDTERMS FOR DEMOCRATIC PARTY LOYALISTS!!!

Take a peek at the party invite via www.TonysKansasCity.com screen-cap . . . 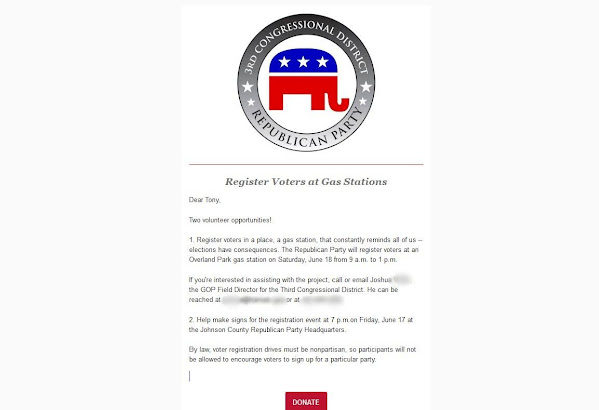 What gas prices do - and don't - tell us about the economy

Gasoline is the only product in modern-day America whose price is listed on giant signs almost everywhere you go. Most people, even if they don't drive, probably have a pretty good sense of what gas costs - currently averaging $5 a gallon nationwide.


As gas prices soar, thieves steal thousands of dollars' worth of gasoline to sell, authorities say

With the nationwide average price of gasoline hitting $5 a gallon, and prices expected to continue to rise, thefts of gasoline are being reported across the country, and according to police, it's not just a few gallons being siphoned from vehicles.

The White House is reportedly floating the idea of gas rebates for U.S. residents due to record gas prices. A White House official told FOX Business that the administration has not ruled out the distribution of gas rebate cards.