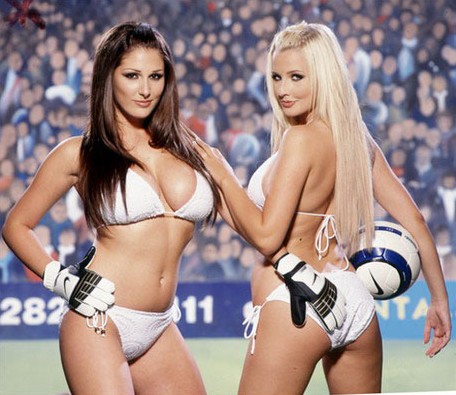 What's worse is that local crooks, politicos and sketchy promoters want to imagine that the Euro-trash pastime is making progress amongst football watching beer chugging crowds.

Here's their argument that doesn't have a lot of support from people who actually play the sport in front of meager U.S. crowds . . .

This weekend, the US takes on Uruguay at Children’s Mercy Park. Despite one of the player’s negative comments regarding fan attendance in Cincinnati on Wednesday, fans say Kansas City shows up for soccer.

“I think it’s cool to see all the different opportunities that (are) now being brought to Kansas City,” a fan said.

Ahead of the matchup against Uruguay, soccer fans were able to grab gear downtown at the US Soccer Fan Studio pop-up on Main Street on Friday afternoon.

KANSAS CITY, Kan. - Kansas City isn't just known for football and baseball. It's also considered as the soccer capital of America. This weekend, Kansas City is putting its best foot forward as it hosts the US Men's National Soccer Team.