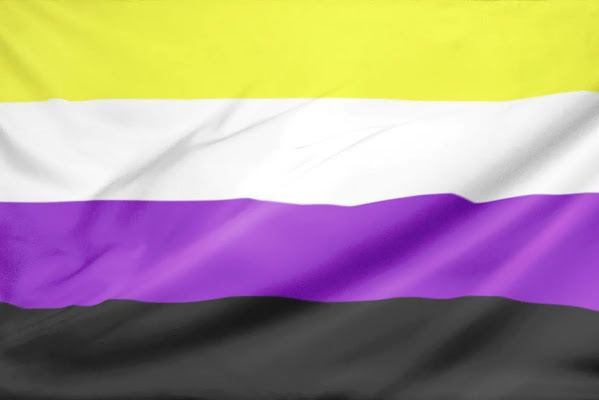 We'll leave it to readers to judge the merits of complaints . . . But in the era of ubiquitous Internets content, this library hot mess is mostly political theater rather than any real effort to protect youngsters from ideas are not only part of mainstream culture but also available on an infinite array of devices.

Btw . . . We didn't know there was a nonbianary flag until today.

Here are the basics of today's bookish debate . . .

The district said the decision was about parents having enough information to choose what is appropriate for their children. But the one board member who voted to keep the book in libraries called the move "dangerous."

The Independence School Board voted this week to remove a book from its elementary school libraries over concerns that it includes a non-binary character. In a letter to families, the district said the process of reviewing "Cats vs.