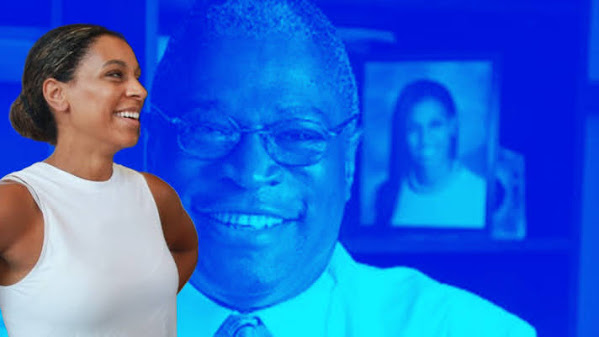 Here's something that I hope we can all agree upon . . .

KANSAS CITY SHOULDN'T FEEL SORRY FOR MAYOR'S SLY'S DAUGHTER BECAUSE SHE HAS IT MADE!!!

Her dad was one of the top ranking lawyers in KC for 20 years before becoming Mayor - Wherein he was popular compared to the current office holder.

Her dad also maintains connections that extend all the way to D.C. and continues to exert influence over local elections.

Even better . . . She's running her own biz and seems to doing quite well.

Sadly . . . Our public radio friends focus on her "struggles" going to a school wherein the annual tuition probably costs more than your car . . . Check-it . . .

Radel’s biracial background has opened her up to racist and insensitive comments from clients and coworkers, especially at previous jobs.

“Someone that worked there told me that there was no way that I experienced racism or discrimination … especially since I'm half white,” she said.

Radel’s experience as a Black woman has also been questioned because of her family’s economic privilege and the fact that she went to private school.

“People forget that, like, just because you're Black doesn't mean you had the same experience as someone else,” she said. “I love all the kids I went to school with — this is not against them — but I went to school with a bunch of rich, white kids. So I mean, the stuff that I heard and I didn't even realize was slightly racist and microaggressions — I'm thinking back now, and, well, it's probably not that good.”

Aja Radel isn't usually as bold as she was that day in 2016, when, in a moment of confidence, she reached out to Mallory Jansen about starting a fitness venture together. Both were already working in the Kansas City fitness industry, and both had business degrees, but neither of them knew each other.