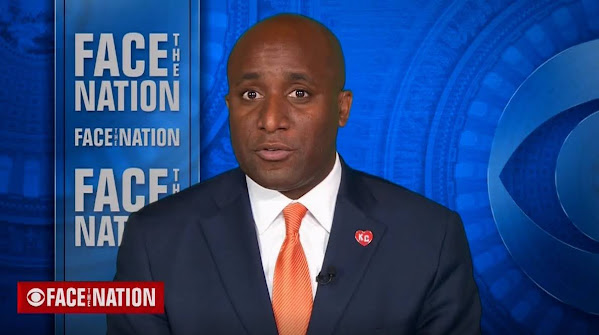 This isn't a good sign or a good look for those of us looking for realistic and local solutions to rising violence on Kansas City streets . . .

The strategy might have political benefits on the national level but locally gun control is a non-starter in Jeff City and outside a small clique of elite insiders.

Most gun control chatter has FAILED to solve violence on local streets as deadly violence continues along a RECORD-BREAKING pace.

In fairness, here's what the city hall honcho seyz on the topic . . .

"Mayor Quinton Lucas of Kansas City, Missouri, says federal lawmakers are "basically just throwing up their hands" in the wake of the recent spate of mass shootings."

More deets on the appearance from KCTV5 . . .

Mayor Lucas expressed his frustration as the Kansas City itself deals with a disturbing murder rate.

“I’m incredibly disappointed to hear this big set of ideas that they have and then basically just throw up their hands and blamed it on prosecutors, fathers not being in the home and a number of issues other than gun violence in our cities,” the mayor said. “You’ve seen my city file lawsuits against gun manufacturers. We will continue to clamor for more authorities to be able to help prevent gun violence. But more than anything, we need stronger and tougher laws that protect our children, protect our grocery stores protect our police officers. If you back the blue, you back common-sense gun reform.