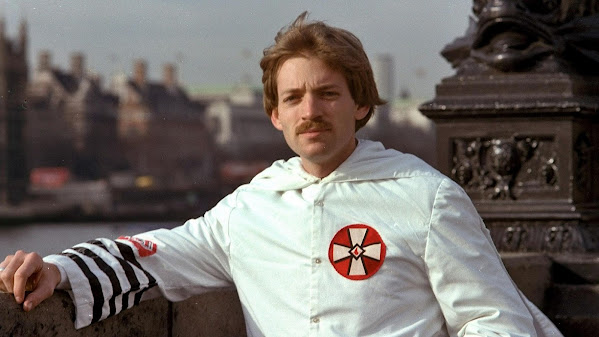 David Ernest Duke is an American white supremacist, antisemitic conspiracy theorist, far-right politician, convicted felon, and former Grand Wizard of the Knights of the Ku Klux Klan. From 1989 to 1992, he was a member of the Louisiana House of Representatives for the Republican Party.

And for those who might have missed it . . . Here's the name check and obligatory political castigation from Mayor Q . . .

Local conservative talker Pete Mundo will talk with the embattled politico this morning. 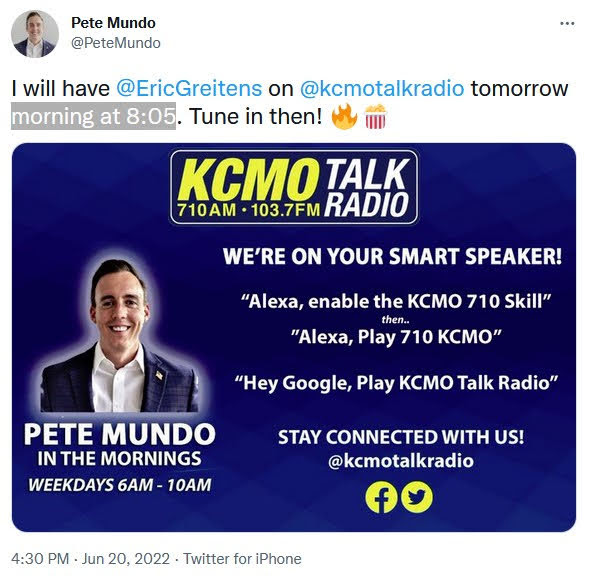 What's important here is that BOTH DEMOCRATIC PARTY LEADERS & REPUBLICANS are speaking out against this thinly veiled threat of violence. Moreover, this OUTRAGE DEFENDS REPUBLICANS FOR A CHANGE . . .

Whilst the TKC blog community is always in it for the LULZ . . .

This video gambit doesn't really require outrage but a calm and thoughtful explanation of why it's a cynical publicity stunt from a politico who was betrayed by his own party and now stands at war with most Missouri Republicans.

The ploy might be effective considering recent polling numbers but it remains desperate and hostile.

Meanwhile . . . We share a few more links on the fallout of his EPIC troll on American media.

In an appearance in KCMO's "Pete Mundo in the Morning" show, Greitens said the video had been seen by 3.5 million people, generated thousands of hits on the fundraising site it promotes and achieved its dual purposes of getting attention for his campaign and outraging his opponents.

Back in 1984, when former Missouri Gov. Eric Greitens and I were about 10 years old, a man named James Oliver Huberty walked into a California McDonald's with an Uzi, a handgun, and a shotgun, and mowed down 21 people, while also injuring 19.