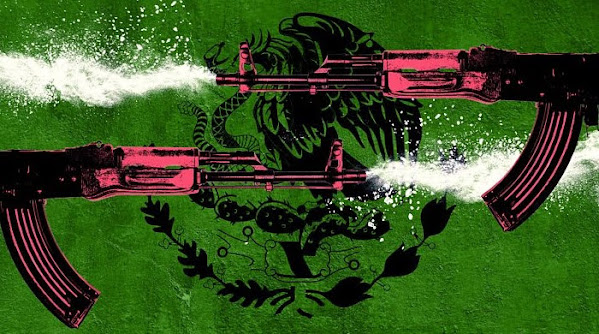 The flow of narcotics into the U.S. continues thanks to increased demand as the nation recovers and/or self-medicates in the aftermath of the pandemic.

Here's a peek at the constant struggle to stop the nearly infinite supply of illegal drugs from south of the border . . .

14 federal, state and local agencies participated in the effort to charge 39 defendants for their role in a $4.7 million methamphetamine and heroin conspiracy.

Of the 39 people charged, 31 were taken into custody as part of an operation on June 8. Three other defendants were already in federal custody. Five defendants remain on the run.

Twenty Mexican nationals are among 39 defendants indicted by a federal grand jury for their roles in a $4.7 million conspiracy to distribute more than 335 kilograms of methamphetamine and 22 kilograms of heroin over the past two years.On June 8, 2022, Homeland Security Investigations (HSI) led an operation that involved 140 officers and agents from 14 state, local and federal law enforcement agencies.

KANSAS CITY, Mo. - Thirty-nine defendants are charged with a $4.7 million conspiracy to distribute meth and heroin in Kansas City. "This operation took a significant amount of illegal drugs off the street, and disrupted a large Mexican drug-trafficking organization in the Kansas City metropolitan area," U.S. Attorney Teresa Moore said.