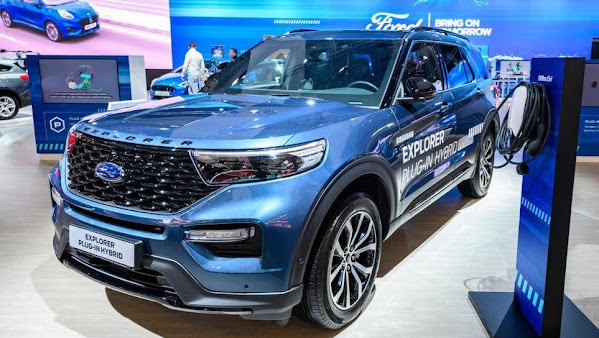 The investment at the KC plant, which is part of a larger $3.7 billion investment in the region, will increase production on the Ford Transit and Ford E-Transit EV.

“We’re investing in American jobs and our employees to build a new generation of incredible Ford vehicles and continue our Ford+ transformation,” Ford President and CEO Jim Farley said.

The company looks to produce 2 million E-Transit EVs a year on a global scale by the end of 2026.

KANSAS CITY, Mo. - Ford announced the addition of 1,100 new jobs at the Kansas City Assembly Plant, along with a $95 million investment to increase production of two of the companies vehicles.

It's a good time to be in the electric vehicle business. Ford Motor Co. announced on Thursday that it's launching a major expansion here. The company said its Claycomo plant northeast of Kansas City will add a third shift producing its popular Transit and E-Transit delivery vans, requiring 1,100 new workers and a $95 million investment to keep the van production side of the plant running almost around the clock.

KANSAS CITY, Mo. - The Kansas City Assembly Plant announced Thursday morning Ford plans to invest $95 million, creating 1,100 union jobs for a third shift in Kansas City. With the investment comes the intention to increase production of the Transit as well as the E-Transit EV.

More than a thousand new union jobs are coming to the Kansas City area as part of a massive $95 million investment announced Thursday by the Ford Motor Co. As part of the company's strategy to roll out more electronic vehicles and strengthen its Ford Blue portfolio, officials announced more than 6,200 new UAW jobs in the Midwest, with the Kansas City-area operation getting an entirely new shift of workers.