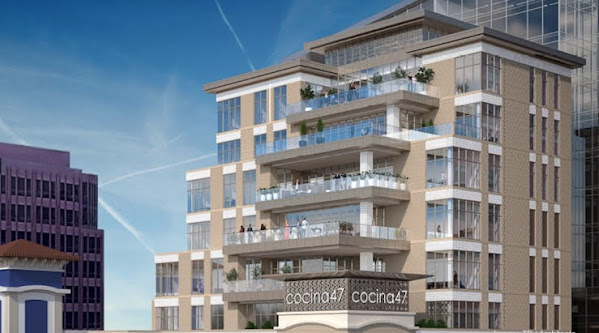 Tonight locals are gloating over a temporary victory against developers and the continued demise of Kansas City's greatest entertainment district.

The Cocina 47 plan moves on to the City Council for consideration.

Tuesday's decision followed more than two hours of public testimony from 17 people, all but one of whom spoke out against the project. Most were business executives and members of neighborhood associations in the Plaza area, whose objections centered on building height and parking.

The Plaza hasn't been the same since the 2020 BLM Riots/Uprising wherein politicos took part in and encouraged crowds who clashed with police.

Let's not forget that future anchor Nordstrom pulled out, no less than a dozen storefronts are empty and the Mayor is attempting to craft a future for the district.

Nordstrom backed out of building a new store on the Country Club Plaza, leaving a massive void-and an opportunity.