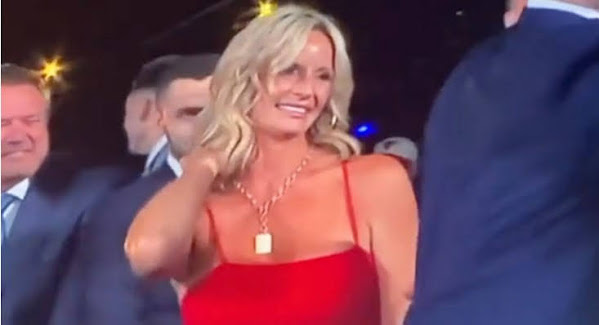 Shame on local media for ignoring this important angle of an uplifting rock chalk story.

As Braun’s mom became a talking point across social media, a family member (Owen Gish) reacted to a story about her becoming the draft’s breakout star, to which her apparent Twitter account replied, “You know O.”

Cameras captured Braun, a 6-foot-6 athlete who played three seasons for the Jayhawks, hugging Lisa, who was clad in a red dress for her son’s big night.

Basketball has long been part of Braun’s family, as Lisa played at Missouri and her husband, Don, played at St. Louis University. Braun, who is one of three siblings, takes most after his mother, according to Don.

A few of the parents of top prospects took Twitter by storm on Thursday during the first round of the 2022 NBA Draft, but perhaps none more so than the mother of former Kansas guard, Christian Braun.