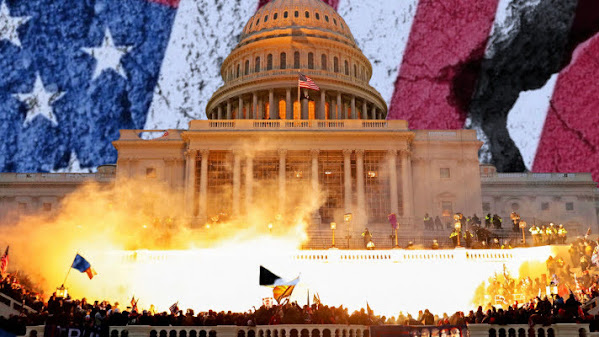 We promised an open thread on this sensational Springtime pantry-raid-postscript event that already seems to be underwhelming the public on both sides of the aisle.

Here are some of the more interesting news stories we're reading rather than watching the hot mess live:

"These are the things and events that happen," he said, "when a sacred landslide election victory is so unceremoniously & viciously stripped away from great patriots who have been badly & unfairly treated for so long." As you will see in the hearings to come, President Trump believed his supporters at the Capitol, and I quote, "were doing what they should be doing."


January 6 Vice Chair Cheney said Trump had a 'seven-part plan' to overturn the election. Here's what she meant

Former President Donald Trump had a "sophisticated seven-point plan" to overturn the 2020 presidential election over the course of several months, January 6 committee Vice Chair Liz Cheney said, detailing how the panel plans to use its future hearings to tackle each part of the scheme.

The House's select committee investigating the January 6, 2021 US Capitol attack held its first prime-time hearing Thursday evening, detailing the findings of the panel's investigation and playing new video from closed-door depositions of members of former President Donald Trump's team and depicting the violence at the Capitol.

Fox News is a Republican propaganda outlet whose stars have spent the last 17 months downplaying the January 6 insurrection, so of course it had no interest in allowing its viewers to see live, unedited coverage of tonight's first hearing by the House select committee investigating it.

Public hearings for the Jan. 6 attack at the US Capitol in DC begin Thursday, 8pm ET. Testimony from Ivanka Trump and Jared Kushner was prerecorded and is expected to be heard during the hearings. Democrat and Republican representatives make up the Jan. 6 committee investigating the incident.

Ultimately, Pence's refusal to support Trump's push enraged the former president, who used it to stoke his supporters' fury even further. Now the only remaining question is whether Pence - who has been boosting his public profile for a potential 2024 bid - will play any direct role in the select panel's effort to force a national reckoning with Trump's plot to subvert the election.

CNN anchor Chris Wallace said during the network's coverage of the first hearing of the House select committee investigating the Jan. 6, 2021, that he is "skeptical" of what the committee might produce during the prime-time proceeding. "I'm kind of skeptical about what we're going to see tonight and over the next couple of weeks,"...

Nicolle Wallace and her MSNBC colleagues review some of the new evidence revealed in the first hour of the first hearing by the January 6th Committee and discuss how the evidence suggests that the attack on the Capitol was not a protest that got out of hand but was Donald Trump's plan all along.