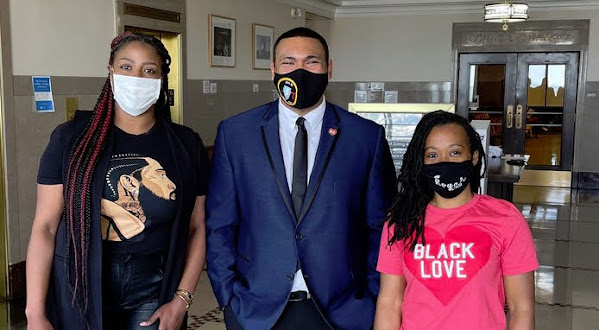 In this quick update . . . The Jackson County candidate and local activist takes us through how today's holiday came about . . .

The insider details are appreciated . . .

However . . . Not everybody gets the day off today. Accordingly, we share a bit more discussion about the implications of today's celebration.

Juneteenth 2022: What's Open, What's Closed And What Is The Holiday All About? - Benzinga

The new federal Juneteenth holiday falls on June 19, but as with other federal holidays that fall on a weekend the official observance is shifted to the neighboring weekday, in this case June 20. Officially known as Juneteenth National Independence Day, the observance became the newest federal holiday last year.

On June 17, 2021, President Biden signed legislation making Juneteenth, a Texas-based commemoration of the last group of slaves learning in 1865 that slavery had ended, a federal holiday. It was an ambivalent accomplishment, representing a tardy response to the racial-justice protests of 2020 and the payment of an overdue debt that Biden in particular, and Democrats generally, owed to Black voters.


Juneteenth was finally recognized as a federal holiday. Then came commercialization.

Juneteenth may be the country's newest federal holiday, but for many Black Americans, June 19 has long been associated with homegrown community celebrations, if not at least understood as a day to symbolize freedom. "For Black folks, there has been a long tradition of commemorating Juneteenth," said Amara Enyia, policy and research coordinator at Movement for Black Lives.


Juneteenth Is a Federal Holiday, but in Most States It's Still Not a Day Off

One year after Juneteenth was signed into law as a federal holiday, 32 states still do not recognize it as a paid day off for workers.