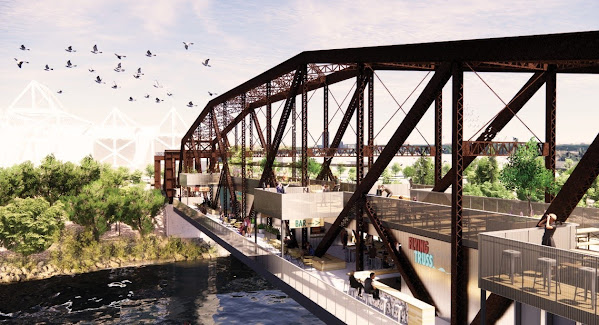 Probably not but that doesn't mean that our cadre of amateur urban planners can't get excited about vaporware drawings and hyperbolic social media chatter that hopes to save the world by way of craft beer.

"Michael Zeller’s quest to convert an old West Bottoms railroad bridge into an entertainment district over the Kaw River is picking up steam, with construction plans now in place and backing from key local philanthropic foundations.

For those of us who aren't in the online hype game . . . Take a critical peek at the project via www.TonysKansasCity.com link/embed . . .