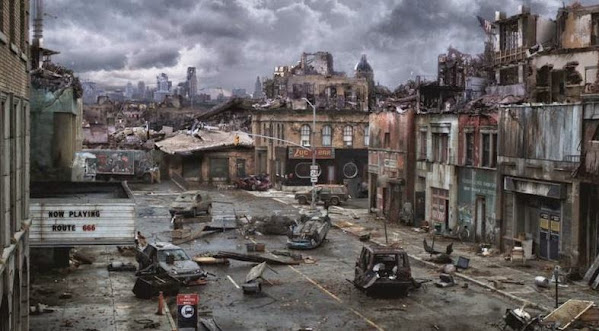 In the aftermath of the pandemic, here's what we know for certain . . .

KANSAS CITY, MO IS ONE OF THE MOST HOSTILE PLACES FOR SMALL BIZ IN THE MIDWEST!!!

Local guv mostly serves to harass owners and any operator without the right set of politics could easily find themselves "canceled" by any number of social media activists.

This isn't just a progressive phenomena either . . . Remember that a local biz champion and coffee mogul ranted against po-po after his luxury car was towed . . . A few years later he quietly sold his biz at a loss when the cowtown zeitgeist turned against him. Conservatives targeted his operation, didn't accept his apology and progressive pals weren't interested in supporting some creep who cried over a ticket on his Tesla.

So many happy news biz stories are nothing more than hype . . .

Fact: It's very hard to make a biz work in Kansas City and most elected officials, bureaucrats & activists are diligently working against any successful venture.

Here's a bit of useful info we pulled from local spin . . .

A recent analysis concluded that at least one of five start-up businesses in Kansas and Missouri fails in the first year, a higher failure rate than the national average.

LendingTree, an online lending marketplace, analyzed U.S. Bureau of Labor Statistics (BLS) data and found that the average rate of business closure in the first year across the country is 18.4%. Hawaii topped the list with a 25.4% failure rate, followed by the District of Columbia and Kansas. Missouri experienced a 22.9% business fallout in the same period . . .

Despite the elevated early stage failure rate in Missouri and Kansas, economist Frank Lenk, director of research services at the Mid-America Regional Council (MARC), said the Kansas City area does a good job supporting start-up businesses and growing them to a certain point.

Colorful balloons, ribbons, unlimited drinks, food and of course music. There was everything at the ribbon cutting of Pirate's Bone Burgers second outlet in town on May 12. On top of all these joyful arrangements, though, was something that could not be seen in a tangible sense - a dream.