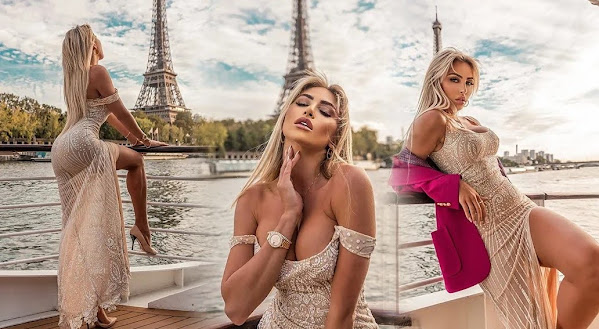 Visitors to the Kansas City area looking for a high-quality place to lay their head at night have three new choices - all of which opened during the first few months of the COVID-19 pandemic.

KANSAS CITY, Mo. - A new book uses hundreds of rhyming riddles to guide readers to hidden treasures across the Kansas City metropolitan area. The book, Kansas City Scavenger: The Ultimate Guide to Kansas City's Hidden Treasures, will be available for purchase Monday, May 9, 2022.

KANSAS CITY, Mo. - An investigation is underway into a fire at a Kansas City, Missouri, church. The fire started Thursday evening near 34th and Hardesty. Firefighters said a person in the area noticed flames at Pilgrim Rest Baptist Church and called for help. Crews arrived at the burning church around 8:45 p.m.

KANSAS CITY, Mo. - A driver died from injuries sustained in a crash on Monday morning in Kansas City, Missouri. According to KCPD the crash happened near Benton Boulevard and east 39th Street. The driver, who has not been identified, suffered critical injuries. They were transported to an area hospital where they later died.

So does Kansas City really have a shot at playing host to World Cup games in 2026?

Now that we're a little more clear on the stakes and potential payoffs of playing host to World Cup games in 2026, what are Kansas City's actual chances of being selected? FIFA officials were impressed with the presentation and effort put forth by Kansas City - and the region - said Chiefs chairman and CEO Clark Hunt.

A model who has featured on the cover of Playboy has revealed that she had surgery on her vagina at the age of 17 because she had been embarrassed during gymnastics. Khloe Terae, now 28, grew up in Canada, but moved to Mexico as soon as she turned 18 to work in the Playboy casino as a bunny.

Starbucks is asking the White House for a meeting after President Joe Biden met with an organizer who is helping its coffee shops unionize. The president met with 39 national labor leaders on Thursday, including Christian Smalls, who heads the Amazon Labor Union, and Laura Garza, a union leader at Starbucks' New York City Roastery.

Former defense secretary Mark Esper said Trump suggested missiles to wipe out Mexico's drug cartels. He suggested shooting missiles at drug labs in Mexico at least twice in 2020, Esper said. Esper recounted the exchange in his memoir, excerpts of which were published by The New York Times.

May 5 (Reuters) - Louisiana lawmakers have advanced a bill that would abolish abortion in the state, grant constitutional rights to "all unborn children from the moment of fertilization" and classify abortion as a homicide crime. The move on Wednesday came two days after a leaked draft ruling showed the U.S.

Amber Heard suddenly dropped Kate Moss' name in Johnny Depp's bombshell defamation trial Thursday, as she alleged the actor once pushed the British supermodel down the stairs. Heard, 36, made the claim during day two of her testimony in Fairfax, Virginia, as she detailed a slew of violent fights she allegedly had with Depp over the course of their soured romance.

Queen Elizabeth Will Not Allow Harry, Meghan or Andrew on Balcony for Jubilee

Prince William may have just extended an olive branch to Prince Harry and Meghan , but the Queen has just done the opposite ... snubbing her grandson, his wife and one of her sons. The Palace just released a statement ...


Toast To The Weekend

One of Sight's favorite aspects of the new lounge space is that it adds unique wrinkles to the guesthouse feel of No Vacancy. Immediately after checking into their room, guests can walk down the hall and be greeted by what Sight calls a dose of local culture and characters.

Brought the championship and the swagger. Thank you pic.twitter.com/vxZ0MPFSDF- Kansas City Chiefs (@Chiefs) May 5, 2022 (If you can't see the above Twitter embed, click here.) Former...

Friday drier with more sunshine in the afternoon

Rain ends Friday morning. Clouds will be slow to clear, but they will! The high will bounce up to 66.On Saturday, we expect some morning fog, that will clear to mostly sunny in the day. It dries out over the weekend with temperatures reaching normal high temps, high of 72.