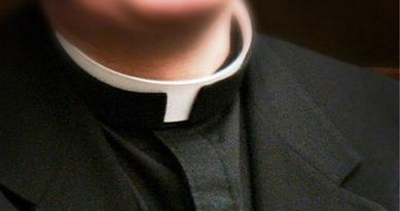 Sad news regarding a "celebrity priest" who has made more than a few appearances in the Kansas City metro and was once considered a leading voice amongst local Catholics.

"Before his suspension, Father Michael Scully worked at St. John the Evangelist Parish in Lawrence, the Holy Family Parish in Eudora and the Haskell Indian Nations University Catholic Center in Lawrence. "Upon the publication of the allegation, the province and the archdiocese relieved Father Scully from public exercise of priestly ministry pending the outcome of the investigation and review process," The Leaven said."