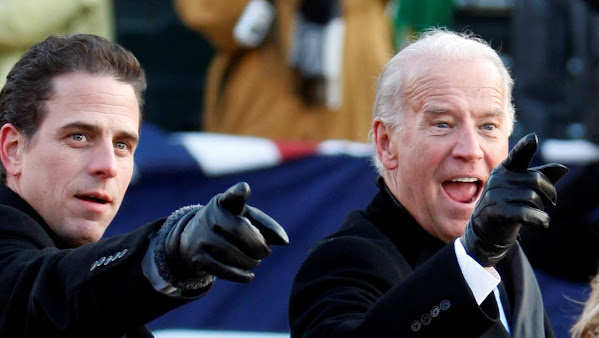 To be fair . . . The dude doesn't look like he's having NEARLY as much fun as Prez Joe's spawn.

The firm, which Blunt first registered in Delaware before expanding it to 10 other states, functions as a stealthy subsidiary to Blunt's public-facing canvassing company, HBS+. The setup has allowed Blunt and his partners, fellow Republican operatives Gregg Hartley and Meghan Cox, to rake in hundreds of thousands of dollars from deep-pocketed liberals without alienating their conservative clients.

Tales From the Swamp: How a Republican Senator's Son Partnered With a Liberal Dark Money Group to Sink Voter ID Expansion

Collin Anderson * May 18, 2022 5:00 am A George Soros-linked dark money behemoth has a peculiar partner in its bid to sink voter ID expansion in Michigan-a group of Republican operatives led by a sitting Republican senator's son.