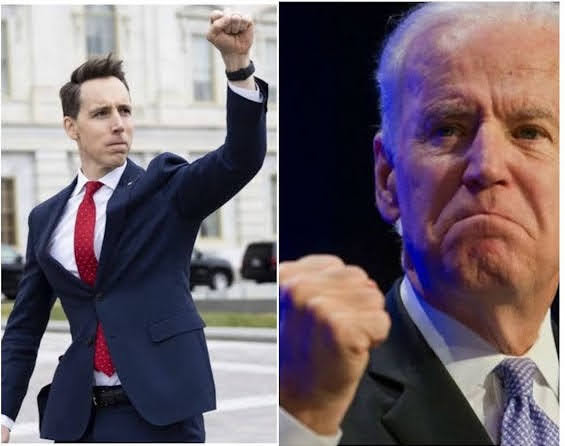 Most call Prez Biden's proposed social media crackdown an effort to establish a "Ministry Of Truth"  right out of George Orwell's classic 1984 novel. It's a move that has been received poorly by both conservative and progressive voters.

Missouri's firebrand right-wing Senator has been pushing back and garnering a surprising level of support against an already unpopular President . . .

The Missouri Republican's legislation is aimed at immediately dissolving the new "Disinformation Governance Board" and would ensure that DHS could never re-establish its attempt to monitor and censor the First Amendment rights of Americans. It would also prohibit Homeland Security Secretary Alejandro Mayorkas from authorizing similar activities elsewhere in DHS.

In addition to dissolving the board, Hawley's "Dissolving the Disinformation Governance Board Act" would require Mayorkas to disclose all records pertaining to the formation of the board within 30 days of the legislation being enacted.

In fairness, we offer related news from both left & right perspectives . . .


Hawley says Americans are not 'confused' about disinfo board, it's about 'censorship'

Sen. Josh Hawley, R-Mo., took aim at the Department of Homeland Security 's newly created "disinformation board," calling on it to be dissolved. "There's no 'confusion' over the Biden Disinformation Board," Hawley said on Twitter Monday. "Everyone understands exactly what it is - a censorship committee to punish free speech.


'There Is No Ministry of Truth,' Minister of Truth Confirms | National Review

If the last few years have taught us anything, it's that Babylon Bee-style parodies often turn out to be prophetic.

You will recall that Lauren Boebert was unsuprisingly confused about what lawmaking power she has as a lawmaker, having threatened to not "extend Micky (sic) Mouse's trademark", which is not a power Congress has. Josh Hawley, who has never been shy about threatening private companies over protected speech, at least has straight which law to...