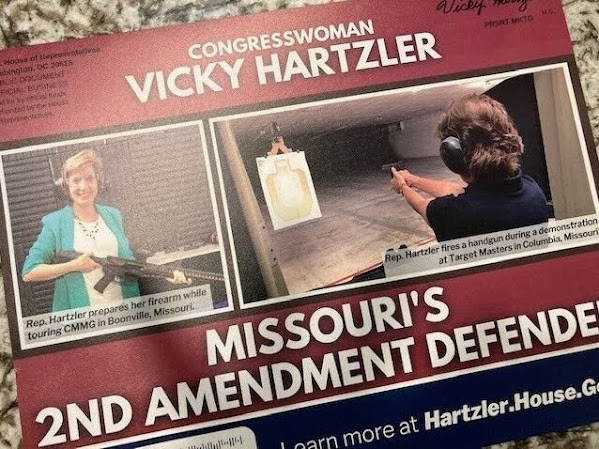 Timing works against a Missouri political contender for Senate who is taking a beating for her poorly timed bit of junk mail.

Most of the "outrage" over in this snail mail fiasco is from our progressive friends who would rather compete against the disgraced former guv and his hot date legacy rather than a Missouri GOP heavyweight.

U.S. Rep. Vicky Hartzler, who represents the state’s 4th Congressional District, used her congressional mailing privileges to send a flyer to constituents this week about her positions on gun control.

In it, she calls herself “Missouri’s 2nd Amendment Defender.”
Hartzler mailer

“Her congressional voting record has resulted in A ratings from the National Rifle Association and the National Shooting Sports Foundation, which are two gun rights advocacy groups,” the mailer says.

A spokesman for Hartzler said the mailer was created prior to the latest mass shooting events.

“This specific mail piece was initially reviewed on May 2, 2022 by both Democrat and Republican staff on the House Communications Standards Commission, received approval on May 12, 2022, and was sent to our office’s mail vendor for processing and delivery on May 13, 2022 — before the tragedies in Buffalo, New York or Uvalde, Texas,” said Kevin Knoth in a statement. 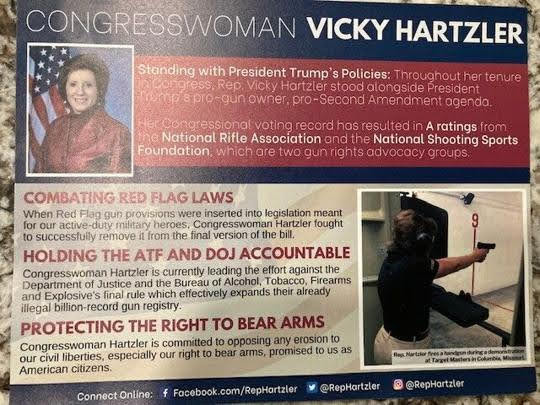 JEFFERSON CITY - Just days after the massacre of 19 students and two teachers at a Texas grade school, Missouri voters received a taxpayer-paid mailer featuring photos of a Republican candidate for U.S. Senate holding an assault-style weapon like the one used in the school shooting. U.S. Rep.