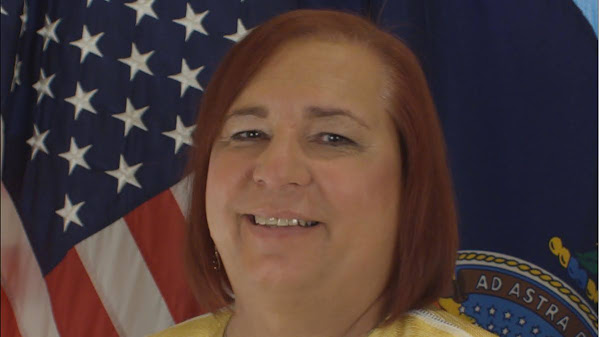 A trip down memory lane . . . Here's local public radio offering a double take on a story that inspired a great deal of attention among denizens of the LGBTQ+ rights movement.

"Stephanie Byers of the Kansas House of Representatives built her campaign platform on protecting the rights of the LGBTQ community. Now the Wichita Democrat is serving her second year as the state's first openly transgender lawmaker, confronting head-on as GOP legislators pass numerous bills targeting LGBTQ topics in schools and attempt to ban transgender students from girls' and women's sports team.

The challenges have been personal, too: Byers has been on the receiving end of discriminatory comments from the public and, recently, from a Kansas Republican lawmaker, who publicly said she didn't want to share a bathroom with a transgender colleague."

Rep. Stephanie Byers is the first openly transgender lawmaker in Kansas, and has been championing the rights of LGBTQ residents even as Republican lawmakers focus on bills targeting transgender students and LGBTQ topics in schools. (This episode originally came out May 5, 2022.)