Behind the scenes, one of the most powerful political forces in Kansas City preps a slate of candidates that could spark a historic power shift at the courthouse.

AFTERMATH OF FREEDOM, INC. ENDORSEMENTS: ACTIVISTS HOPE FOR PEOPLE OF COLOR TO EARN THE NEW MAJORITY AT THE JACKSON COUNTY COURTHOUSE!!!

This power move has evaded MSM because local media doesn't quite know how to "frame" the issue but the potential transformation deserves consideration if only because of the historic implications.

For those who don't know . . . Freedom, Inc. has a 60 year history in the urban core and a grassroots legacy of reliably delivering votes and victories to the candidates they endorse.

Let's check some of the more surprising endorsements coming out of recent urban core deliberations: 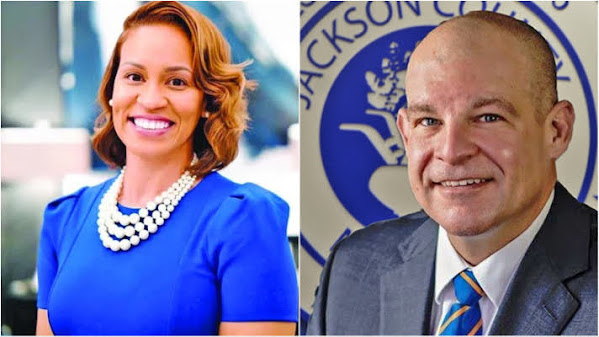 This pick isn't surprising but it speaks to growing frustrations with the incumbent and the Legislature in general in the aftermath of historic property tax increases.

Freedom, Inc. will reportedly side with Manny Abarca (right) rather than Justice Horn in the 1st District contest.

However . . . We hear he didn't interview well and struggled to relay basic information about county government. Make no mistake . . . There were some contentious moments on the topic of property taxes and appointments . . . However, in the end, Freedom will continue to support the Jackson County Executive incumbent.

What's important about what could be a new legislative majority:

People of color only comprise about 30% of the population in Jackson County.

There's no guaranteeing that POC legislators will vote along racial lines some, all, or even any of the time.

When we talk about progress, advancement and quantifiable measurements of equity in our community - The prospect of "people of color" holding a majority on the Legislature of a still predominantly white community is groundbreaking.