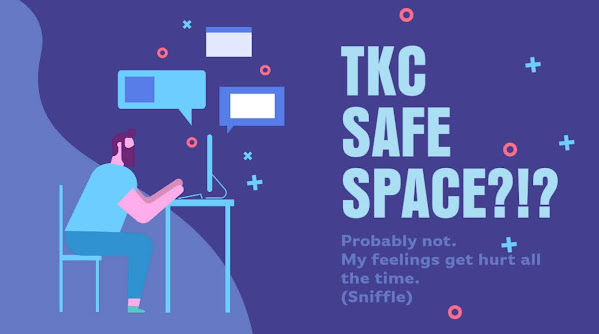 Basically, here's the premise of Kansas City Northland educational efforts that undertake the doomed effort of teaching people how to be decent to one another . . .

"Kids can’t focus on their schoolwork if they have to devote two-thirds of their brain power to assimilating."

The Park Hill Diversity, Equity, Inclusion and Belonging Council — said the district is working to educate people on how comments can hurt people or make them feel they don’t belong . . .

The commission strives to address all types of diversity, including gender, sexual preference, ethnicity, socioeconomic status, religion, ability and language . . .

“They’re getting mistreated by (the) legislature … social media, everywhere,” a parent said. “I think it’s important for our schools to make sure that they feel safe.”

One struggle for those doing diversity work in the district is pushback from some community members.

“When we sit down and actually have, like, one-on-one conversations with people, no one can really argue with what we’re doing,” a Park Hill principal said. “We’re trying to make a place where all students feel safe, all students are accepted and all students are respected.”

But he’s become more aware of ways the district’s actions could be mischaracterized.

For example, when parents learned that elementary students had come out at LGBTQ, some of them thought the district was teaching young children about sexual preferences.

That isn’t true, he said. But it is true that LGBTQ students and students with LGBTQ parents need to feel like they belong.

'We need to get it together': Park Hill school board election reinforces focus on diversity, access

Delivered every Tuesday and Thursday morning A donation to The Beacon goes beyond the newsroom. We amplify community voices, share resources and investigate systems, not just symptoms. The Beacon in your inbox. In-depth reporting delivered every Tuesday and Thursday morning. As a Park Hill high school junior, Shereka Barnes was denied a role in a play.