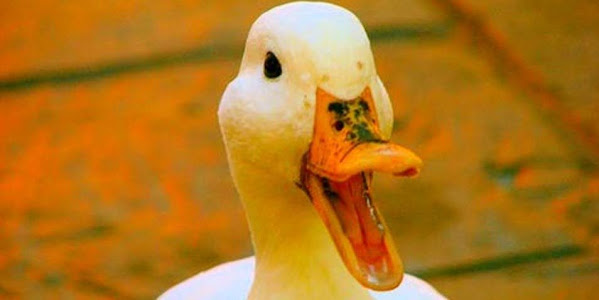 An alleged d-bag engaged in a reported bit of animal cruelty so brazen that the po-po have put the public on notice.

Overland Park police said the driver stopped but apparently became impatient. That's when officers said the driver ran over a duck and her several ducklings. The driver then left the area.

Police believe the driver lives in the area and may have mentioned the ducks to someone.

If you know who the driver is, or recognize the car, call the Overland Park Police Department at 913-895-6300.

OVERLAND PARK, Kan. - Police hope the public will help them find the driver of a car who intentionally hit several ducks crossing a road. Officers said it happened Saturday, May 21, around 12:15 p.m. at 135th Street and Pflumm. Overland Park police said the driver stopped but apparently became impatient.