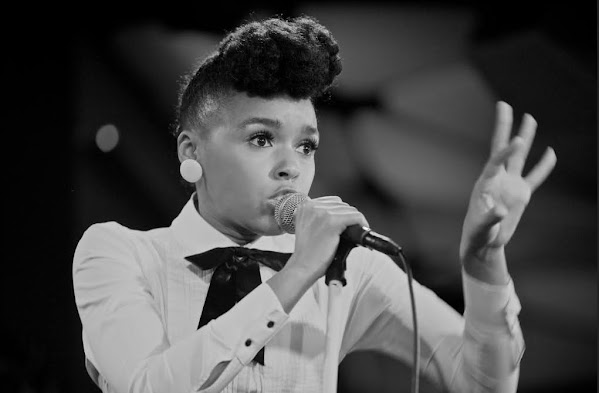 Just a bit of background so that presenters consider her pronouns when awarding her prize . . .

Rolling Stone: Janelle Monáe Shares Non-Binary Identification: ‘So Much Bigger Than He or She’

The latest achievement for the star . . .

Receiving the Bill Lee Award is Janelle Monáe. The award is named after KSMHOF founder Bill Lee. The award works to recognize potential inductees who are currently active and are deemed worthy of early induction. The standard rule for potential inductees is that they must have started their career in music at least 20 years ago.

The Kansas Music Hall of Fame was established in August 2004, with a mission is to honor the music, musicians, and related institutions that have made a large contribution to Kansas and the greater Kansas City area—while encouraging artists of all generations.

New inductees are coming to the Kansas Music Hall of Fame for 2022. With a variety of genres represented these individuals are bringing new faces to the Hall of Fame. The individuals and groups who will be receiving awards include Crosswind, Slate Creek Band, Switch, Moreland & Arbuckle, Alfred Packer Memorial String Band, Carol Spears, Stan Plesser, Steve Hanson, and Janelle Monáe.