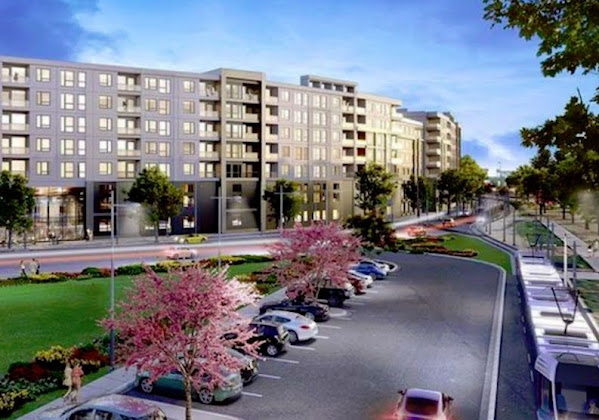 Here's a quick reminder that so many developments around the river are questionable at best.

Here's one look at many disaster in the making . . .

"When a Port Authority of Kansas City committee meets to discuss a major proposed apartment project at Berkley Riverfront, its members may have to consider whether the project’s developer was forthcoming in disclosures about its past."

Lux Living, a St. Louis developer, wants a 25-year tax break for a $55 million apartment project along the Missouri River in downtown Kansas City. Lux Living earlier this year answered several questions on an ethics disclosure provided by the Port Authority as part of an application for tax breaks.

Per ushe . . . Our 2nd favorite developer hack blogger explains it all away following "Port Authority Investigation" . . . Accordingly . . . All is well with this quasi public/private secretive group that is mostly unknown to local taxpayers . . .

"They came back satisfied with the responses they received, saying most people they interviewed praised the quality and cleanliness of the developments, their amenities and how quickly maintenance issues were resolved.
'“We’re not saying there’s no bad things that have happened in the past,” Purvis said, “but the time we were there all day from 8- to 5 checking out these properties there was no evidence to substantiate what was written in those articles.

'“We have taken the serious allegations in those articles into consideration, we did do significant due diligence in investigating via the site tour and we’ve built in protections in our legal documents.”

"As for the SEC sanctions, Brian Rabineau, Port KC deputy general counsel, said at the time Alston approached the agency about developing his project, that information was not required on the development application.

'“Strictly speaking, the SEC was not required to be disclosed by our application in effect at the time,” he said, “and the reason for that they were never formally charged of the violation."