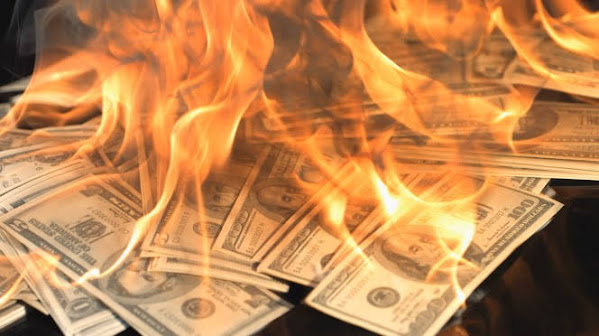 Here's a quick post courtesy of some of our smarter blog denizens . . .

A quick peek at the people who really run the economy and a reminder that things aren't going to "get better" any time soon . . .

She added in a CNBC interview that the efforts to bring down inflation will result in tighter financial conditions, of which the stock market is a part.

George expressed confidence that the Fed, which targets 2% inflation, can bring prices down through rate hikes and reducing the $9 trillion in asset holdings on its balance sheet.

Fed not gunning for stocks, but may need to for inflation to fall

WASHINGTON, May 19 (Reuters) - The Federal Reserve is not targeting equity markets in its battle against inflation, but that is "one of the avenues" where the impact of tighter monetary policy will be felt, Kansas City Fed President Esther George said on Thursday.

Kansas City Federal Reserve President Esther George said Thursday that higher interest rates are needed now to bring down inflation and that policymakers are not focused on the impact that is having on the stock market.