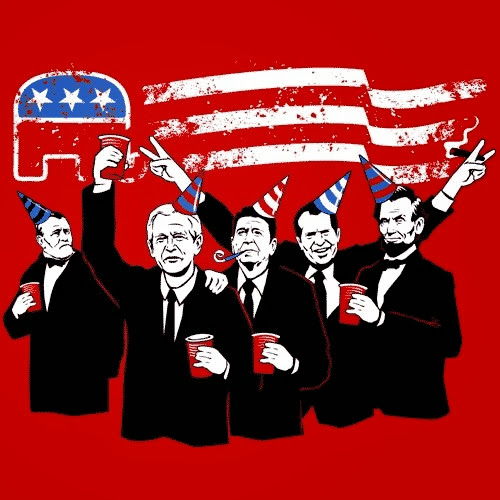 Pro-choice Republicans represent a significant contingent of the party.

Apparently, politics isn't all about social media chest thumping. Some people actually believe in the LIMITED ROLE OF GOVERNMENT in the lives of all Americans.

We try not to pick sides on this blog . . . Instead WE LOVE INCONVENIENT QUESTIONS AND IDEAS . . . Like this one:

"This reflects the reality in America more broadly. While at most 30% of Americans affiliated with the Republican party would consider themselves to be pro-choice, around 40% believe abortion should be legal in most cases. And so the Republican party is long overdue a reckoning with its own constituency; by pandering to extremists, conspiracy theorists and religious fundamentalists, it has left millions of Americans essentially politically homeless. Any harsh moves to the far-Right on the abortion issue is likely to alienate even more voters, even if it delights the party’s Evangelical fringe. 70% of Texans, for instance, already think the laws restricting abortion access to the first six weeks of pregnancy are too harsh. Only a very small percentage of voters will be satisfied with the further expansion of state control over the private familial and sexual decisions of the citizenry."

Growing up in Kansas in the Eighties, nobody could have convinced me that the state would one day become the protector of abortion rights in the Midwest. Traditionally a bright Red stronghold, Kansas has been the site of massive, and sometimes violent, anti-abortion protests.