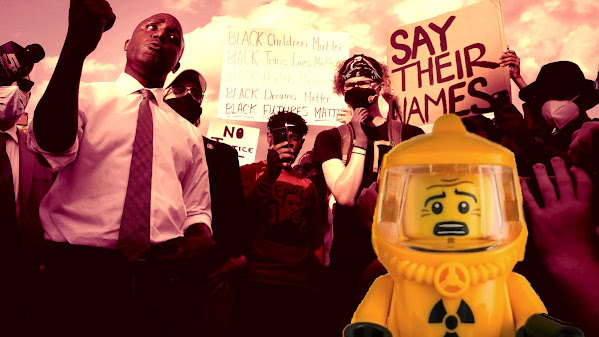 Hidden in an otherwise sketchy report marking the anniversary of an American nightmare . . . Mayor Q offers his recollection of a moment in time that seemingly wrecked an iconic entertainment district.

"We were trying to tell everybody that we were listening, that we understood where they were coming from," (Mayor) Lucas said. "You know, I think that helped calm down a bunch of people."

The rest of us are justifiably skeptical that an elected leader shouting "No Justice, No Peace" in a stand off with the po-po was the best way to approach the situation.

Kansas City mayors, past and present, reflect on protests after murder of George Floyd

KANSAS CITY, Mo. - The murder of George Floyd on May 25, 2020, sparked large protests in cities of all sizes, across the country and the world. U.S. Rep. Emanuel Cleaver II served as the Kansas City, Missouri, mayor from 1991 to 1999.