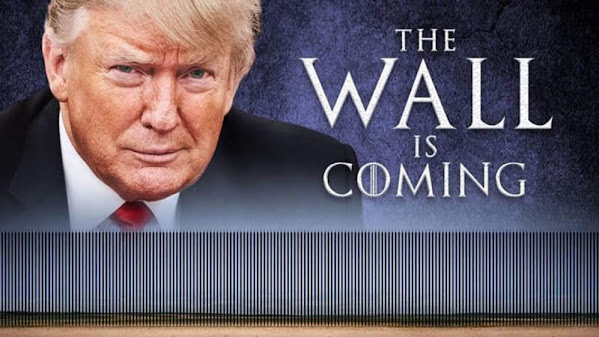 Here's a quick punchline that only people who REALLY follow this debate understand . . .

Neither Republican nor Democratic Party have had much impact on the rate of illegal immigration into the United States. Economic numbers have a bigger correlation to migration despite so much culture war blathering.

The border wall didn't work . . . Mexico didn't pay for it. And immigrants both illegal and otherwise continue to find their home in the U.S. despite political posturing from both sides of the aisle. This fact of life is mostly because employers have faced little consequences for hiring illegal immigrants or gaming the system in order to promote H1-B workers over native tech talent.

Kansas Guv Kelly vetoed E-verify but Republicans didn't really fight her because biz both big & small HATE the legislation. Missouri uses the system but it doesn't really work as advertised if burgeoning barrios in Kansas City, STL and fun loving cities in Eastern Jack are any indication.

Nevertheless . . . The slap fighting politics of the immigration debate provide comfort to the middle-class and tricks plebs into believing that their vote really counts . . .

The legislation keeps municipalities from enacting, implementing or enforcing ordinances, resolutions, rules or policies that prohibit or restrict law enforcement officers, local officials and local government employees from taking action with regard to an individual’s citizenship or immigration status, lawful or unlawful.

Any local government employee can share your information with any local, state or federal official. If they question your immigration status, they can communicate with the Department of Homeland Security.

The Kansas Reflector welcomes opinion pieces from writers who share our goal of widening the conversation about how public policies affect the day-to-day lives of people throughout our state. Huascar Medina is the poet laureate of Kansas. On Feb. 22, HB 2717 was introduced in the Kansas House of Representatives.