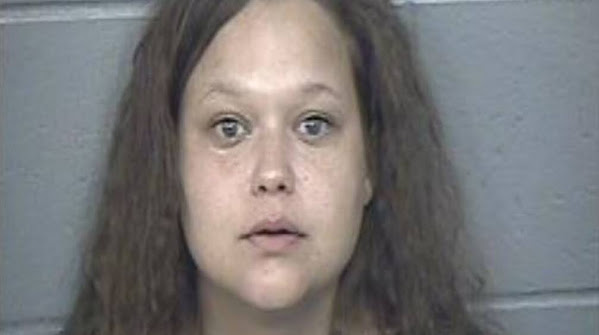 Today we get an update on one of the most horrific crimes in local history.

Here's the postscript and wrist slap . . .

Tasha Haefs, 35, who appeared in court virtually with her attorney, is charged with first-degree murder and armed criminal action in the death of her son, Karvel Stevens. Haefs is accused of killing and decapitating Karvel and a dog inside a home in the 7300 block of Indiana Avenue on Feb. 15.

Police showed up at the home after a woman told a 911 dispatcher the devil was trying to attack her, according to court documents. Those documents said officers arrived and found what appeared to be blood on the front steps of a home. The officers determined a woman was inside, but she refused to answer the door.

Officers also saw what appeared to be a severed head inside near the home's entrance.

Haefs will be committed to the Missouri Department of Mental Health for six months.

KANSAS CITY, Mo. - A mother accused of killing her 6-year-old son in a particularly violent manner will not stand trial anytime soon. Tasha Haefs, 35, is charged with first-degree murder and armed criminal action in the death of her son, Karvell Stevens.

WARNING: Readers may find some of the details in this story disturbing. A court hearing Friday determined a Kansas City woman charged with decapitating her 6-year-old son in February is not mentally competent for her case to proceed.