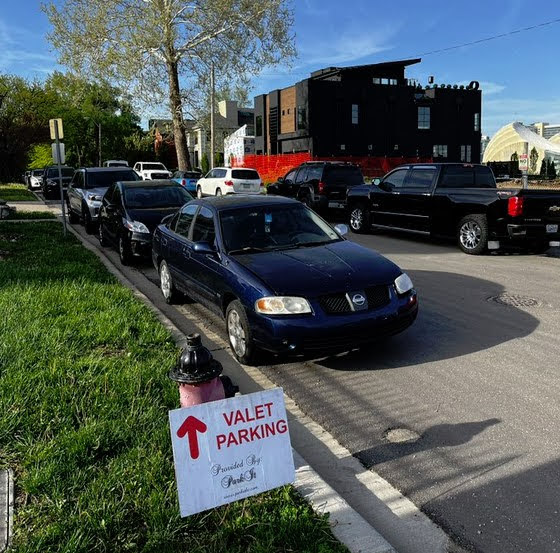 Frustration with developers hit home for many Westside residents this weekend.

The punch line is that suburbs are quickly trying to legislate against interlopers doing the very same thing.

Another funny . . . These middle-class neighbors are amongst the new gentry themselves but don't have as much money as luxury home builders . . . Still, the slap fight amongst middle-class white people should inspire a bit of interest (and giggles) from all corners of Kansas City and plebs who must now cope with rampant real estate speculation amid the selling season and before the housing bubble bursts again.

"Sneaky neighbor built a big black house overlooking the city and told us he and his family would live there. Now, events clog the street parking. Bad guy. Troy and Madi Mali Homes lied to us. @KCMO311"

One more and a photo steal borrow from a big wheel down at the cracker factory Port Authority . . .  Read more via www.TonysKansasCity.com link . . .

"No one at @kcmo seems to care that they are closing the street for valet parking and renting the house out for 200 guests to party late into the night while he lives in Olathe. 🤷🏽‍♂️ Guess we can all start running events in homes now. @KCMO311"

Council dude Bunch is on the case . . . And so ABSOLUTELY NOTHING WILL BE ACCOMPLISHED . . . Or maybe he'll blame the cops or systemic racism for the hot mess.