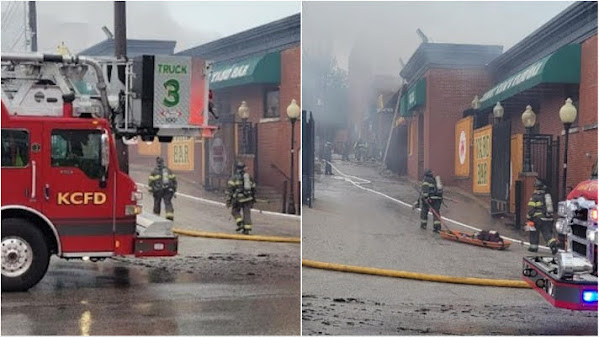 Special thanks to AWESOME TKC READERS for sending EXCELLENT PIX of the blaze this morning. 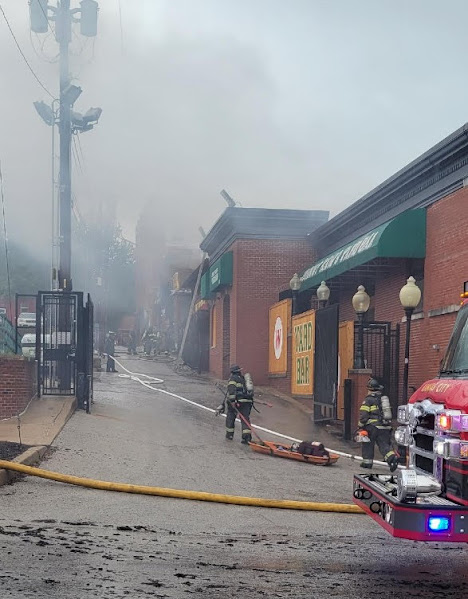 A quick description of the sitch . . .

According to the department, the fire is at a commercial building at 4110 Pennsylvania Ave., which is the location of Buzzard Beach.

No injuries were reported at this time. Smoke could be seen from a distance. 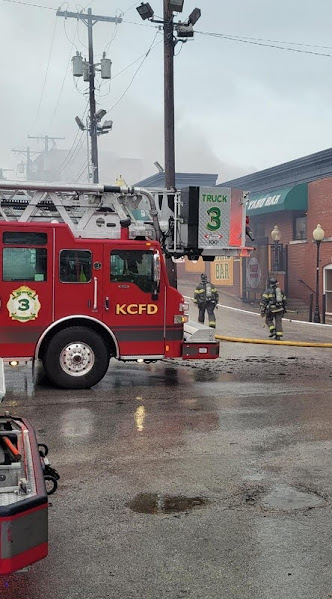 "Bill Nigro, Buzzard Beach's owner, is pledging to reopen it".

A popular bar and patio in the Westport neighborhood area of Kansas City, Missouri was badly damaged by fire Tuesday. Fire crews were called to Buzzard Beach on Pennsylvania Avenue around 10:20 a.m. after someone called 911 to report seeing smoke and fire coming from the venue.

A fire Tuesday morning at the popular Westport bar and music venue Buzzard Beach caused extensive damage to its main floor but didn't touch other nearby businesses. Buzzard Beach has been a staple of the Westport entertainment district for decades. For a while it looked like the bar, and possibly the buildings next door, might go up in flames.