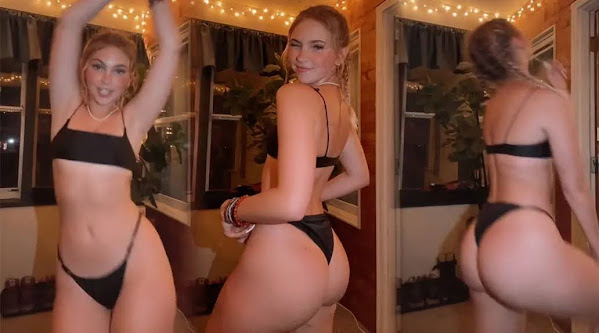 Coors Field has a reputation for being the best hitter's park in the game, making it the perfect pick-me-up for the dormant Royals offense. The bats woke up, taking advantage of the high altitude, spacious outfield, and hilariously bad Rockies defense to score a season-high in runs in a 14-10 win over Colorado Friday night.

A state-of-the-art medical facility is on its way to Ukraine from Lenexa. It's exactly what doctors and nurses need right now.KMBC's Haley Harrison was given a chance to look inside this traveling hospital.The Russians have destroyed nearly 600 medical clinics and 100 hospitals. Outside, it's a shipping container.

Cynthia Newsome stepping away from anchor desk; will focus on expanding community partnerships

KANSAS CITY, Mo. - After 25 years behind the desk at KSHB 41, longtime anchor Cynthia Newsome will transition to her full-time role as Community Relationships Director in June. "While I will miss my time on the air, this new chapter will allow me to continue connecting with so many people throughout Kansas City," Newsome said Friday.


Everybody Ready To Gamble???

KANSAS CITY, Kan. - Kansas City-area business owners and sports arenas are weighing in on the conversation with legalized sports gambling coming to Kansas as early as this fall. So what does that mean when you walk into a Kansas restaurant and want to throw down a little money on the Chiefs?

Mayor Tyrone Garner called for a nationwide search for a new county administrator Thursday, reversing his position a week after abruptly ending a special session where Unified Government commissioners had requested a search be launched.

Jordyn Jones is a singer, actress, and dancer. She's become a TikTok sensation and often comes up in the "For You" page - the landing page of TikTok, i.e. if you land there, major eyeballs will be on your content and videos.

"Ultra MAGA." "MAGA King." President Joe Biden, who dodged the words "Donald Trump" for more than a year, has suddenly integrated the Trump political movement into his daily lexicon. While the White House is employing the tactic purposefully, it doesn't mean it's about to engage in culture wars.


How Quick They Forget TP

Laura Ingraham Asks Why There Was No Hoarding Under Trump. Twitter Explodes.

Laura Ingraham asked with a straight face on Thursday why there was no hoarding under former President Donald Trump, prompting outraged people on Twitter to jog the Fox News host's memory. (Watch the video below.) Ingraham used the current baby formula shortage to assert her blatant falsehood.

Two prominent lobbying groups representing the tech industry's biggest companies are asking the US Supreme Court to step in and block a Texas law that lets the state's residents sue large social media platforms for alleged censorship, two days after a federal appeals court allowed the law to take effect.

Former First Lady Melania Trump called t he national shortage of baby formula "heartbreaking," blaming "leadership" for the latest Biden administration crisis to hit Americans where it hurts. "It's heartbreaking to see that they are struggling and the food is not available for children in 21 st century, in the United States of America," Trump says in a "Fox & Friends Weekend" interview set to air Sunday.

JERUSALEM, May 13 (Reuters) - Israeli police clashed with Palestinian mourners packed around the coffin of killed Al Jazeera reporter Shireen Abu Akleh at the start of her funeral procession in Jerusalem on Friday. Masked police officers faced scores of flag-waving and chanting Palestinians in the compound of St.

North Korea has announced an "explosive" Covid-19 outbreak that has likely killed six people and infected more than 350,000, according to state media, prompting fears of an impending and deadly crisis in the isolated and impoverished nation.

Now in its 79th day of its Ukraine invasion, Russia is continuing its offensive -and still wracking up heavy losses of hardware and personnel. Nowhere is that more evident than along the banks of the Siverskyi Donets River in the Luhansk region, where fighting is raging and Ukraine blew up a Russian battalion attempting to cross a bridge earlier in the week.

Up All Night: A Celebration of the Espresso Martini

Last month, Kansas City magazine hosted Up All Night: A Celebration of the Espresso Martini with 9th & State in the West Bottoms.

It was a Kansas City couple's dream to turn their hobby into a business. On Friday, they opened the metro's first used-Lego store.The word is out.

Predicting the Chiefs' final record for the 2022 NFL season

Even though NFL OTAs haven't even started, we're ready to assign wins and losses to each team's just-released schedule. It might be excessive, but it's fun! So let's look at the Kansas City Chiefs ' 2022 regular-season schedule, predicting outcomes to come up with a final record at the end.

KANSAS CITY, Mo. - Kansas City, Missouri, city leaders hope to build trust in order to reduce crime through community policing. Some of those connections being made on a basketball court. KCPD's East Patrol opened its doors for some hoops on Friday night.

Saturday will be mostly sunny, high near 86

Hide Transcript Show Transcript CENTRAL PORTIONS OF ILLINOIS. SO FOR THIS ENIVENG, THE HOUR-BY-HOUR FORECAST IS HAVING THOSE TEMPERATURES GO INTOHE T S70 UPPER 60S BY 11 PM AND RIGHT NOW FOR THE KANSAS CITY METRO AND FARTHER WEST. I'M STILL SAYING NOT A GOOD CHANCE OF RAIN IF ANYTHING IS GOING TO BE ISOLATED.